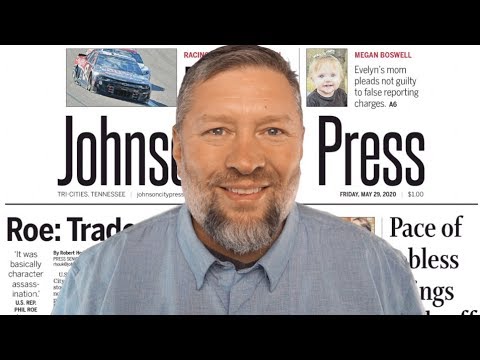 Northeast Tennessee’s case count of the novel coronavirus (COVID-19) increased by two in Wednesday’s state Department of Health report as Unicoi and Johnson counties each had one new case. The upper eight counties had a total of 254 cases since tracking began in March.

Starting June 1st, city pavilion reservations for groups of 50 or less will resume, park restrooms will reopen and will be disinfected once daily, Freedom Hall Pool will be open by reservation for lap swimming and team practice, Little League and Babe Ruth baseball will resume, and batting cages at Winged Deer Park will reopen.

There are plenty of rules and regulations in effect, and other openings planned for the weeks after, and if you’d like the full run-down, you should visit our website. We’ve got it covered for you.

Assistant District Attorney General Bill McManus was arrested and fired from his job Thursday after a federal sting caught him in a bribery situation with a prostitute, according to a news release.

The District Attorney’s office received information a few weeks ago that McManus was involved in illegal activity concerning a prostitute. To remain neutral and show no favoritism, a pro-tem prosecutor has been requested for the case, which will be determined by the Tennessee District Attorneys General Conference.

It was unclear whether McManus had been incarcerated following his arrest. The investigation is ongoing.

U.S. Rep. Phil Roe, R-Johnson City, made headlines this week as news of his recent stock transactions became public. Roe said Thursday that his stock transactions during the pandemic have been “above board,” and called a recent Nashville newspaper’s story detailing his financial activity during the public health crisis an "untruthful hit piece.”

Roe said he intends to send a letter to the editor of The Tennessean challenging a story that appeared in the newspaper earlier this week that stated he made hundreds of financial transactions before the stock market dropped in March. The retired physician called the recounting of his financial transaction during the pandemic a “cheap shot.”

The newspaper’s analysis shows Roe purchased stock in Zoom video conferencing service, and Moderna, a company now working to develop a coronavirus vaccine. His financial advisors also sold shares of Royal Caribbean Cruise and Disney a few days before those companies halted their operations for COVID-19.

The congressman said he shared no information from any congressional or White House briefings he received about the pandemic with his financial adviser before the transactions were made.