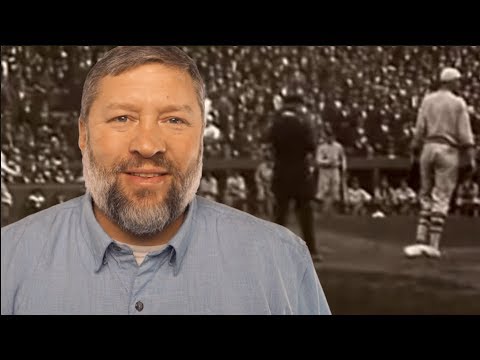 Spring training has hit the halfway mark and baseball is about to become much more prominent in our daily lives (unless COVID-19 has a further say in the matter), and that got me thinking about my favorite baseball movies. Because there are plenty to go around.

Baseball is the perfect vehicle for Hollywood, with stories of redemption and heroes, and no need to have huge, sculpted athletes to fill roles (sorry, Aaron Judge). We have been provided with a plethora of good, and a handful of great baseball movies over the decades, many of which have become beloved classics. It is a wonderful sport to adapt to film.

From the “Bad News Bears” (the original) and “The Sandlot” to “Major League,” “Mr. Baseball,” “Moneyball” and “Cobb,” baseball has been used a vehicle for comedy and heavy drama. It has been the basis for stellar documentaries like Bing and Kurt Russell’s “The Battered Bastards of Baseball,” “No No: A Dockumentary,” “Spaceman: A Baseball Odyssey”, and “Knuckleball!” Some may say baseball, and movies about baseball, “have marked the time.”

These are my five favorites. There are probably better films, and I’m sure there are better lists, but I’m not compiling a list of the best - just my faves.

5. A LEAGUE OF THEIR OWN

A salute to the women who played baseball while men were away at war, “A League of Their Own” has worked its way into the hearts and minds of baseball and movie lovers everywhere. As I’ve gotten older, I’ve come to enjoy the film more, and as the father of a young lady interested in history, I’m happy to have this film to share with her.

Penny Marshall’s film boasts great performances from everyone involved, from Tom Hanks and Geena Davis to Rosie O’Donnell, and yes, even Madonna, believable baseball action (which is harder than most would think), and great lines sprinkled throughout.

To quote Jon Lovitz’s irascible scout from the film, “Ladies, it's been a thin slice of heaven."

A classic Hollywood movie in the truest sense, “The Natural” has crawled its way into this list by sheer virtue of staying power. It is definitely one of those movies that seems to improve with age and reminiscence, and I love this film.

Robert Redford is astoundingly good as Roy Hobbs, who finally makes his way to the Big Leagues sixteen years after being shot as a young recruit while on his way to a tryout with the Chicago Cubs. Wilford Brimley and Robert Prosky are great, playing opposite one another in character and temperament, and the women of the film are wonderful, while admittedly playing classic tropes of Tinseltown’s Golden Age. The film is predictable, the dialogue can be overbearing, and the story itself, from writer Robert Towne and director Barry Levinson, can be heavy handed, but it all works as a vehicle for nostalgia.

Plus, it’s the only film on the list to highlight the wonderful Richard Farnsworth, and that, in itself, is worthy of any list of favorites.

The true story of the 1919 Chicago White Sox and their World Series “Black Sox” scandal, John Sayles’ “Eight Men Out” is a wonderful character study of a prolifically good, yet downtrodden baseball team at odds with an owner who decide to take the money and throw the world’s biggest game.

Many found the pace a tad too slow, or the story a bit too contrived, but if you’re a fan of baseball, you should appreciate this film. The cast features a who’s who of young stars, with standout performances from David Strahairn, John Cusack, Michael Rooker, D.B. Sweeney, and even Charlie Sheen, among many others. The baseball is top notch, the dialogue is wonderfully nuanced, and the film itself is a beautiful step back into another time and place.

I loved the look and feel of this movie, and the time it captures. Watch it, and soon.

Kevin Costner is the king of baseball movies, and I think that should be acknowledged and agreed upon. I could have easily added For Love of the Game to this list, with its story of redemption and acceptance, but I chose to concentrate more on the two best baseball movies ever made, which brings us to:

An Iowa farmer hears a voice asking him to build a baseball field where his crops should be, kidnaps a famous author, sees dead people playing games on his lawn, and ignores the financial troubles that may lead to his family’s ruin. And it’s one of the best films you’ll ever see.

Costner’s Ray Kinsella longs for the days of his youth, and wants nothing more than to allow Shoeless Joe Jackson (see “Eight Men Out” above) and his friends the chance to play baseball again - or so he believes. Over time, the film becomes a vehicle for more than the redemption of disgraced baseball players, and more about the love and importance of family and the reconciliation of a father and son. There are so many moments that resonate with me, and emotions run high whenever I make time to watch.

There are many great lines and moments in this film - attempting to list them all would take far too much time and space - and to hear them from the voices of James Earl Jones or Burt Lancaster (or ETSU’s own Timothy Busfield) give them immediate added gravitas. One moment, it pulls at the heartstrings, and the next moment has wonderful comedic timing. The baseball action is believable and wonderfully shot. The film is a classic for good reason.

A love story for the ages wrapped in a tale about the minor leagues, baseball was simply a vehicle to introduce the characters for writer/director Ron Shelton. Along the way, though, he created the best baseball movie ever made.

Costner is brilliant again in “Bull Durham,” delivering blistering line after line with sarcasm and panache, and he cemented his place in movie history with his portrayal of “Crash” Davis, the well read, well ridden veteran catcher on his way out who has been sent to mentor the hotshot pitcher on his way up. Tim Robbins plays said pitcher, Ebby Calvin “Nuke” LaLoosh, and he steals the film for the most part, with a truly inspired comic performance that marked him as a new player in Hollywood. And Susan Sarandon? Well, in a long career of defining performances, this might just be her best - and that’s saying something.

The film has the best baseball action ever created for a film, due in most part to Shelton’s history in the sport and adherence to the game, and inside angles on all things Carolina League make even the most anti-baseball fans want to know more about what happens on the road. “Bull Durham” is a movie you can watch over and over again and never tire of, as each viewing allows you to enjoy a new facet of the story. I would say there’s a reason people hold the film in such high esteem, but that would be a misnomer - there are many, many reasons it has become a beloved classic. Watch it and pick a few for yourself.