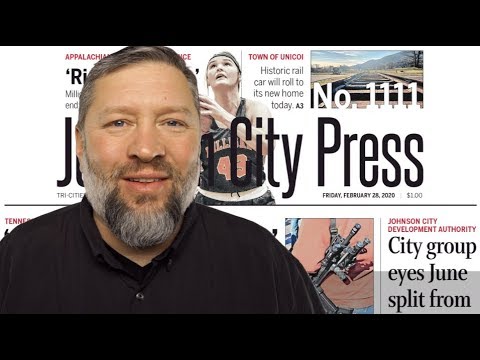 On Feb. 18, the Sullivan County Sheriff’s Office received a State of Tennessee Department of Children’s Services referral about 15-month-old Evelyn Mae Boswell, who had not been seen by family members in about two months. On Tuesday, they arrested the mother of the missing toddler, further evolving a case and story that has gripped our region and become fodder for national news.

18-year-old Megan ‘Maggie’ Boswell allegedly provided detectives and agents with a number of conflicting statements over the course of the investigation, and further investigation revealed that some information provided by Megan Boswell was false. The Sheriff’s Office charged the mother with one count of false reports, and she was held in the Sullivan County Jail under $25,000 bond.

Evelyn Boswell had not been seen by neighbors or relatives for almost two months, but wasn’t reported missing until the 18th of this month, and there has been plenty of speculation concerning the child and her whereabouts since the report was made public. Megan Boswell claimed that her mother took the child to a campground in Mendota, VA, but a search there came up empty. There have also been searches in North Carolina, where the grandmother, Angela Boswell and her boyfriend, William McCloud, were arrested last week on fugitive warrants unrelated to the toddler’s disappearance.

This story is in no way close to ending and bringing closure to those involved, but you can keep up with its evolution here at johnsoncitypress.com.

The Johnson City Board of Education held a special called meeting at Towne Acres Elementary School Wednesday night to discuss capital project funding after a deal proposed between Washington County and Johnson City.

On Monday, Washington County commissioners approved a $12.5 million deal to allocate $500,000 annually over 25 years for Johnson City’s school facility needs. The entire board disapproved of the agreement because of current funding needs, which nearly triple the amount offered.

All of the city’s school board members vocally opposed agreeing, with chairman Tim Belisle calling the deal “capitulation.”

Tennessee law requires school districts within Washington County to share all county tax revenue for schools, but city officials say there would be no bonds to share between the two districts under Jonesborough’s current funding plan to use a lease agreement for a new K-8 school and sports complex estimated to cost $32 million.

The county’s recently-proposed deal came after Johnson City education officials condemned that funding mechanism, which they say could impede their ability to fund projects. City school officials have also voiced their opposition to the Jonesborough plan because city residents pay more than half of the county’s taxes despite not being able to split funds.

Groups for and against gun control were quick to react to Gov. Bill Lee’s announcement Thursday that his administration is pushing passage of “Constitutional Carry” legislation in Tennessee.

The National Rifle Association praised the governor’s legislation as an important “self-defense option,” an official with the Tennessee Firearms Association said he needed to see more details before backing the bill and leaders of Moms Demand Action for Gun Sense in America believe the measure is contrary to responsible gun ownership.

The governor’s legislation would extend the constitutional right to carry a handgun to all law-abiding citizens with or without a permit who are 21 and older, except in current restricted areas. To get a full rundown of the legislation itself, and reactions from all sides, visit Robert Houk’s Friday article on our website.