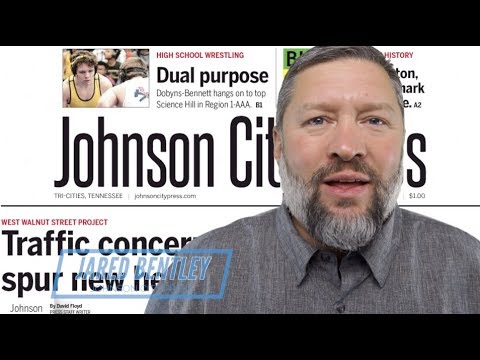 A month after a new coronavirus strain was first identified in China, local health and education officials expressed some concerns the mysterious virus could eventually spread to Northeast Tennessee.

As of Wednesday, only a small handful of U.S. travelers returning from China have been confirmed to have the virus, and the Centers for Disease Control and Prevention is closely monitoring the disease. According to a data tracking map from John Hopkins University, there have been five confirmed cases of the virus in the U.S, and officials are still uncertain of how contagious or lethal the virus can be, or whether it can be contained in China.

“There’s just a lot of unknowns since it’s a disease we’ve not dealt with before,” said Ballad Health Director of Infection Prevention Jamie Swift, adding that Ballad is following daily updates from the CDC and World Health Organization.

On Monday, East Tennessee State University officials sent an email to students reminding them to wash their hands, avoid touching their eyes and refrain from close contact with those who are sick. ETSU students were also reminded to disinfect surfaces frequently and cover their coughs or sneezes with tissues.

In a continuing case that has held the interest of many in our region, state prosecutors Thursday dropped an animal cruelty charge against Randi LaFerney, owner of Off Leash K9 Training East Tennessee, but continued with a tampering with evidence charge in the same case.

Last May, LaFerney and trainer Andrew Hunigan were charged with one count each of aggravated animal cruelty after an 8-month-old bull terrier named Dallas died in Hunigan’s care.

Prosecutors said there was no evidence Laferney had direct contact with the dog before its death. During the time Dallas was in training, the dog’s owners only had contact with Hunigan, according to previous testimony in the case. LaFerney will face the additional charge of tampering with evidence, however, resulting from an allegation she attempted to have the dog cremated without the owner's consent.

Follow the case as it develops in the pages of the Johnson City Press.

Those worried that the former Sears location at the Johnson City Mall would remain vacant for some time have had those fears allayed, as mall owners announced that HomeGoods, a discount home furnishing store, will replace the spot previously occupied by the retail giant.

It will be HomeGoods’ first location in the Tri-Cities and will anchor the replacement of the former Sears location. In addition to the redevelopment efforts, the company said there will be new tenants opening at the mall in 2020, including the regional debuts of Rose & Remington, Curve & Cloth and Palmetto Moon.

Johnson City’s Sears closed earlier this month. After the Sears stores in Kingsport and Bristol closed in 2017, the Sears in Johnson City had been the last of its kind in the Tri-Cities.