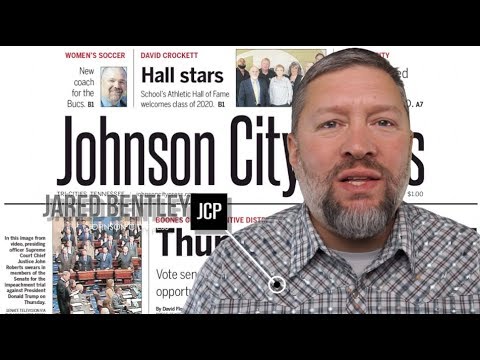 The boundaries of the new incentive district in Boones Creek have received the final go-ahead from the Johnson City Commission and will now be sent to the commissioner of the Tennessee Department of Revenue for final consideration.

Johnson City commissioners unanimously approved on third reading Thursday the boundaries of a roughly 947-acre retail and tourism incentive district around Exit 17 in Boones Creek, which was authorized by legislation signed into law by Gov. Bill Lee in May.

The district would allow developers to apply for incentive money to offset the cost of tasks like property acquisition, design, engineering or construction on properties in the zone.

The incentives would be funded with a portion of the state sales tax revenue generated in the district, calculated beyond the current baseline revenue produced by properties in the zone. Officials have said the legislation was narrowly tailored to apply specifically to Exit 17 around Boones Creek, but local attorneys and developers have argued that the location requirements could actually apply to multiple exits along Interstate 26.

In response, Steve Johnson, the president and founder of Johnson Commercial Development, retained former lieutenant governor Ron Ramsey to push for state legislation that would prevent existing businesses at his Pinnacle development in Bristol from moving to the Boones Creek incentive district.

Ramsey said he’s still in the preliminary phase of drawing up a policy and doesn’t have specifics at this time, but indicated an outcome of the legislation would be to ensure that businesses in existing border-region tourism districts don’t move to the incentive district in Boones Creek. He says he wants to guarantee that businesses won’t benefit from state tax breaks twice.

Christian Miller, Charlana Campbell, Dalton Moore, and Shawna Campbell were arrested after a robbery that took place in an apartment at 110 Wilson Ave., where the four displayed a rifle and demanded money and other valuables. The victims complied, and the four left the apartment.

Police found the four several hours later, taking them into custody. Each was held in the Washington County Detention Center under a $15,000 bond.

19-year-old William Kaywood was charged with aggravated assault, evading arrest and vandalism under $1,000 after dragging a police officer behind his motorcycle as the officer attempted to remove Kaywood from it as he sped away from a traffic stop. The motorcycle crashed, and Kaywood was arrested.

Police said Kaywood was upset because a vehicle cut off his friends in traffic, who were traveling with him on State of Franklin. Kaywood hit the mirror of the offending vehicle with his arm, causing damage, and then sped away.

Kaywood was held in the Washington County Detention Center under $31,000 bond.