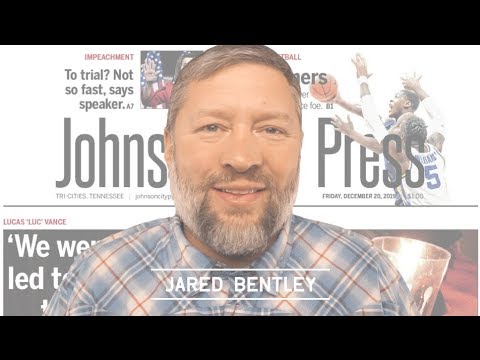 Johnson City Commissioners gave an initial thumbs-up Thursday to a 938-acre incentive district in Boones Creek, which officials hope will jumpstart a project with an economic impact similar to The Pinnacle in Bristol.

Legislation passed this year by the Tennessee General Assembly requires that the district be located around Exit 17 of Interstate 26, and developers planning projects in the zone can apply for incentives, which will come from state sales tax revenue generated in the district. The incentives will be available for a 30-year period.

Earlier this year, Mark Larkey, Joe Wilson, Bryan Sangid, Bucky Mabe and Clarence Mabe revealed plans to build a mixed-use development in the district. The plans indicated the project would have room for multiple restaurants, a 150,000-square-foot wholesale retail space, a minimum of one hotel and 212,000 square feet of residential space.

The proposed development would stretch across 100 acres of property sandwiched between Boones Creek Road and Bart Green Drive.

The Tennessee College of Applied Technology-Elizabethton received news that it did not receive a Department of Labor grant that would have equipped the campus with $2 million worth of equipment for six different training programs at the former Boones Creek Elementary School.

They are currently applying for a smaller (Appalachian Regional Commission) grant to start a construction trades program that will include training in framing, masonry, electrical, HVAC, and plumbing, in order to make up for the shortfall.

TCAT-Elizabethton and government officials are also looking at different renovation plans to determine the best course of action to be able to house the most programs possible in the quickest time frame possible. “We have had several meetings this month and have made plans for meetings next month to determine how to move forward with this project,” said Danny O’Quinn, vice president of the Elizabethton school.

The school had positive news from Mountain City, Unicoi County, and Sullivan County, however, as those locations hope to expand upon what they offer through trade and technology instruction and providing TCAT training. For the full rundown, visit our website.

Plans are now underway for a Doe River Christmas Train train to be running through the gorge next Christmas. And it’d won’t be a small start-up operation, it would be a very popular Oklahoma train that used to sell 60,000 tickets in a matter of hours before the Christmas season.

Doe River director Terry Maughon and his staff have been observing the Christmas Train at Dry Gulch since 2012, but said they never dreamed they might one day operate it themselves. Like Doe River Gorge, Dry Gulch operates a Christian youth summer camp, and its owner has been ready to sell for several years.

The train is similar to the Tweetsie, the commercial train that once ran through Doe River Gorge, and both trains are the same size narrow gauge railroad. This move represents the biggest investment in the Christian camp’s history.

Congratulations are in order for East Tennessee State defensive back Artevius Smith, who was named to the Associated Press FCS All-American second team Tuesday afternoon.

Smith turned in a dominating senior season in which he was named a Buck Buchanan Award finalist and was named to both the coaches and media All-Southern Conference first team.

Smith started all 12 games, finishing with a team-best 89 tackles (62 solo) and pulling down a career-best and Southern Conference-leading five interceptions. The Alabama native also forced two fumbles on the season, and ranked 11th in the SoCon in tackles per game (7.4) and fourth in the league in passes defended per game (0.83).