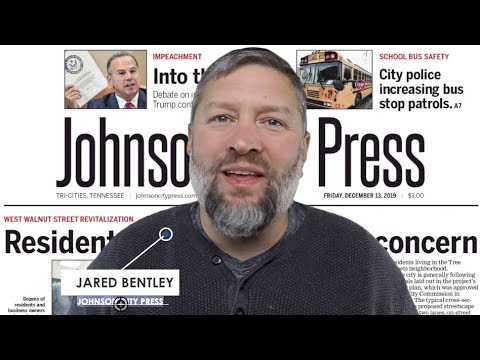 On November 29th, around 11 a.m., a white Lincoln MKZ with a handicapped license plate made an illegal lane change and sideswiped another car, then drove away. That vehicle, driven by Deborah K. Myers,  was reportedly involved in a hit and run fatal crash later the same day.

Johnson City police were dispatched to a house on East Myrtle late that evening for an unwanted person knocking on the door. The residents of the home told police they didn’t know the woman, later identified as Deborah K. Myers. She told police her pets were dead inside, and, when questioned, had no idea what the date was.

As police made arrangements to have an ambulance dispatched to the scene, Myers started her car and sped off. Officers pursued Myers, but she was able to evade them and get away, before causing another hit and run on Highway 11E in which the other driver said her vehicle was rammed from behind several times before she lost control and went over an embankment and flipped.

Myrna Cannon, 61, died in the crash at the intersection of Telford Road.

Myers was found in Knoxville later that same night and taken into custody on a number of charges. The full report is listed on our website, and Myers is being held in the Washington County Detention Center on $96,000 in bonds.

On Wednesday, Jonesborough Police Department Sgt. James Jenkins and officer Tammy Ray were presented with the town of Jonesborough’s Lifesaver Award, which is presented to first responders who “physically rescue a person from the likelihood of certain death; or render first aid” to somebody whose life is in “immediate jeopardy.”

On Sept. 27, Bud Gray’s house became engulfed in flames, and the amputee was unable to flee his home, becoming trapped. As Jonesborough firefighters made their way to Gray’s home on West College Street, two Jonesborough police officers arrived before them and attempted to enter the burning house as Gray’s neighbors had tried to do, unsuccessfully.

Officer Ray arrived first but was unable to gain entry due to heavy smoke. Jenkins, who realized they would have to make entry before additional units could arrive, crawled into the home and pulled Gray to the front of the residence where Ray helped pull the man from the burning home.

Jonesborough Mayor Chuck Vest, who has known Gray for decades, was visibly emotional as he presented Jenkins and Ray with their awards and said seeing Gray in attendance Wednesday was “very emotional and gratifying.”

And though both officers proudly accepted their commendations, Jenkins and Ray were quick to deflect praise, saying “anybody else would’ve done the same thing.”

The Budweiser Clydesdales appeared in Johnson City’s Christmas parade this year, resulting in huge, receptive crowds, after years of effort by Holston Distributing and parade organizers to bring them back to East Tennessee.

It’s nearly impossible to know for sure, but Johnson City Christmas parade organizer Jennifer Clements is confident Saturday’s event set an attendance record. And I’d have to agree.

While neighboring towns had Christmas parades of their own, another parade took place this week in Elizabethton, celebrating an event that had an entire town on its feet.

The celebration of Elizabethton’s Class 4A state football championship started Saturday and continued Monday with a parade along Jason Witten Drive to Citizens Bank Stadium on the high school’s campus, where their fans got one more chance to cheer on the Cyclones.

The Cyclones were unstoppable this season, going 14-0 before steamrolling Springfield 30-6 in the championship game, becoming the first team in District 1 history to win a state championship under the current playoff format. On Monday, head coach Shawn Witten seemed excited to be around his players and a community that supported and earned the Cyclones their first state title in Witten’s 13 years as head coach.

“It’s just an amazing feeling,” Witten said. “This town, this community, these players, our school — it’s never going to be the same. So many people waited so long for this to happen, and just to bring that gold ball back home ... dreams do come true.”