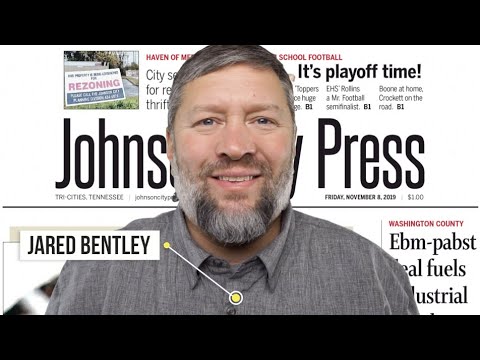 Sheriff Graybeal said he had suspended his son “pending the resolution of his case in court,” after a grand jury indicted Lieutenant Graybeal on misdemeanor assault, and felony charges of official misconduct and oppression on Wednesday. The charges stem from a video leaked in September showing Graybeal striking a handcuffed man in the face in the sally port area of the Washington County Detention Center.

The Johnson City Press filed an open records request for the body camera footage of the encounter, but the Sheriff’s Office no longer had a copy of the video, as body camera footage is deleted after 60 days due to storage space issues. Previous attempts to recover the recording were also unsuccessful.

Sheriff Graybeal expressed support for his son, saying he “will proudly stand by him and support him as long as I live,” and that he would have no further comment on the situation.

At about 7:30 p.m. Saturday, a shooting victim checked himself into Johnson City Medical Center with a wound to his shoulder, having been shot during a domestic violence incident at Lot 29 in the trailer park. Police picked up the suspect in the shooting, Billy L. Nave, after a caller tipped them that he was in the area of South Broadway Street.

Nave was jailed in the Washington County Detention Center under $100,000 bond, and is awaiting trial.

As part of Johnson City for 85 years, the Johnson City Press is in the perfect position to lead projects that celebrate the city’s history.

Since Dec. 1, 2018, the Press has celebrated and examined that history through a series of stories on the Heritage Page for the city’s sesquicentennial. And on Tuesday, the community was invited to be a part of the latest chapter of the Press’ dedication to highlighting the city’s history, as it launched its “Johnson City 150 Years Book.”