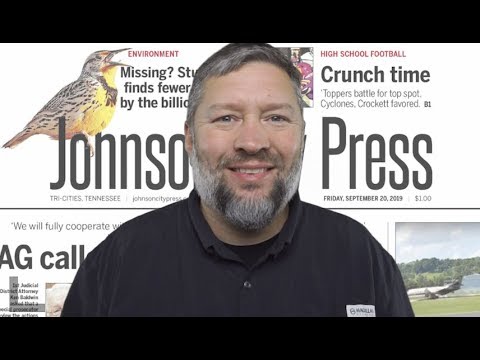 Two Elizabethton police officers involved in the fatal shooting of Jeffrey Michael Gibble on Academy Street early Monday morning have been placed on administrative leave until the Tennessee Bureau of Investigation completes its investigation.

The officers shot and killed Gibble after he fired shots at them some time around 2 a.m., as one of the officers on routine patrol saw suspicious activity around a vehicle on East Elk Avenue. The officer reportedly asked the man to identify himself, but a chase ensued. A second officer caught up to them in the 200 block of Academy Street, and that’s when Gibble allegedly pulled a gun and fired at the officers. Both officers returned fire, striking the man.

Gibble was taken to a local hospital, where he was pronounced dead. Neither officer was injured.

The owner of the Doe River Inn bed and breakfast has asked that the city provide counseling for one of his tenants after the shooting. The 65-year-old resident is still shaking and trembling days after the shootout, as her apartment was riddled with nearly thirty bullet holes.

Video leaked this week of a November incident involving Washington County Sheriff’s Lt. Edwin “Eddie” Graybeal — Sheriff Ed Graybeal’s son — striking a handcuffed man in the face with an open hand as the man stepped out of a squad car in the sally port area of the detention center.

The man in handcuffs was identified as William H. Rawls, of Rockford, who was taken to the Detention Center on a charge that he resisted arrest. Following the incident, Edwin Graybeal self-reported it to his supervisor, was given a written reprimand, and had to review the department’s use of force policy. The situation was not acknowledged outside of the department until Monday because there “weren’t any questions as to what happened.”

The short video — provided to the Sheriff’s Office by a local television station — appeared to be recorded from a monitor showing a body camera recording, although the Sheriff’s Office has no copy and cannot verify the source. The Johnson City Press filed a public records request for a copy of the body cam video, but Chief Deputy Leighta Laitinen said the sheriff’s office also did not have the original video.

A reminder for all the music fans out there - this weekend is Rhythm and Roots weekend in Bristol, the site of the region’s largest and most-celebrated festival of the year.

Headliners this year include Wynonna Judd, St. Paul & The Broken Bones, Sam Bush, and many, many more. If you already have your passes, enjoy your weekend and stay safe - make sure you have fun and those around you are able to have fun as well. Have a great festival weekend!