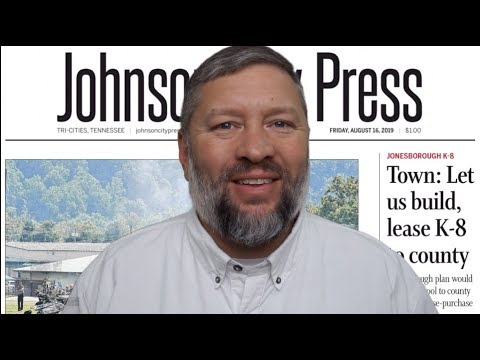 It’s race week in Bristol, folks, and the night race in August is generally the best ticket in all of motorsports - and for good reason.

Dale Earnhart Jr’s race week got off to a rocky start, however, as his family’s Cessna rolled off the end of the runway and caught fire after landing at Elizabethton Municipal Airport on Thursday.

There were no serious injuries reported, but the retired NASCAR driver was taken to a hospital for evaluation. Authorities said Earnhardt, his wife, Amy, their daughter, Isla, a pilot and copilot and the family dog had already gotten out of the plane before emergency workers arrived.

The airplane rolled off the runway and through a fence before stopping, with debris causing Tenn. Highway 91 to be shut down.

Authorities said fuel leaking from the wreckage leaked into a ditch and nearby storm drain. Emergency crews were able to stop the fuel before it got into a pond in front of the Workforce Development Complex or went through the storm drain to the Watauga River.

After spending a fairly large sum of money to determine the best new moniker for our region, a 192-page report from consulting firm North Star Destination Strategies recommended we stick with the tried-and-true “Tri-Cities,” but also add a new identity proposed late last year: “Appalachian Highlands.”

In December 2018, the Chambers of Commerce in Johnson City, Kingsport and Bristol jointly called for the creation of a regionalism committee to help develop a marketable identity to encourage tourism, business activity and new residents in the area. In online surveys of thousands of people living in the region and hundreds of people living outside in Atlanta, Charlotte and Nashville, the firm’s researchers found that most residents here preferred the traditional name, while potential visitors thought the latter was more descriptive and distinct.

To find more information about the latest step towards building a regional identity, visit appalachianhighlands.com.

Jonesborough Mayor Chuck Vest unveiled a plan this week for the town to build a new K-8 school and a shared recreational complex as part of a lease-to-own deal with Washington County.

Vest and other town leaders made the proposal at a rare joint meeting with Washington County commissioners and members of the county’s Board of Education, outlining a plan for the town to buy a 48-acre tract of pasture land — located off North Cherokee Street/Tavern Hill Road behind the George P. Jaynes Justice Center — to build the new Jonesborough school and athletic complex with soccer, baseball and other playing fields.

The town would be responsible for building a new school similar to the newly opened $28 million Boones Creek pre-K-8 School, and leasing it and the recreational facilities to the county under a 20-year contract. At the end of the lease-to-own agreement, ownership of the school building — with a 900-student capacity — would be transferred to Washington County schools. The town would maintain the athletic fields.

For more information on the plan, and how the town and county plan to pay for it without tax increases, please read Robert Houk’s article on our website.