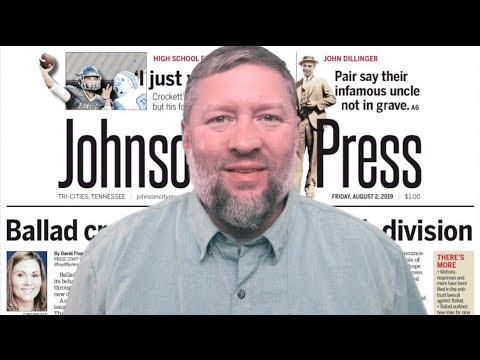 A Limestone man named Marc Kristopher Skeen held a convenience store clerk hostage for six hours Sunday night and early Monday morning while patrol officers and SWAT members negotiated with him. Police report that Skeen drove up to the front door of the Marathon convenience store on South Roan at about 8:40 p.m. Sunday and fired several shots through his windshield and into the store. He then entered the store and pointed a pistol at the store clerk, holding them at gunpoint until police arrived.

After police surrounded the store, Skeen laid on the floor with the hostage on top of him, still pointing his pistol at the victim’s head while telling the victim that he would kill them if the police entered the store. After several hours, Skeen finally surrendered, admitting that he had consumed methamphetamine earlier, which led him to be believe he was being followed by police.

Skeen has an extensive criminal history, and was held in the Carter County Detention Center on $100,000 bond and scheduled for arraignment Tuesday on charges of especially aggravated kidnapping, two counts of aggravated assault and unlawful carrying or possession of a weapon.

In an admission that probably surprises no one, Tennessee officials say they weren’t aware that the state’s pension fund invested stock in a marijuana industry company, despite the state’s opposition to legalizing any usage of marijuana.

State Treasurer David Lillard says he didn’t know about the investment until the Chicago Sun-Times contacted him asking for information. He says he ordered the pension fund managers to sell the stock.

A puppy adopted from the Washington County/Johnson City Animal Shelter was euthanized and tested positive for rabies after it began to show symptoms of the fatal disease. Shelter Director Tammy Davis said she hopes the incident won’t cause a knee-jerk reaction for the public or anyone looking for a pet.

According to Davis, the puppy was likely infected by a wild animal such as a bat, racoon or skunk. People who adopted other puppies from that same litter have been notified. The affected puppy was one of a litter of five that came to the shelter at 10 weeks old. Davis said they were too young to be vaccinated.

The puppies were in isolation for five days to ensure they didn’t have parvo, then became available for adoption. They were on the adoption floor for two days, and three were adopted during that time. Rabies “is not contagious until it gets to the brain and the animal begins showing symptoms,” said Davis.