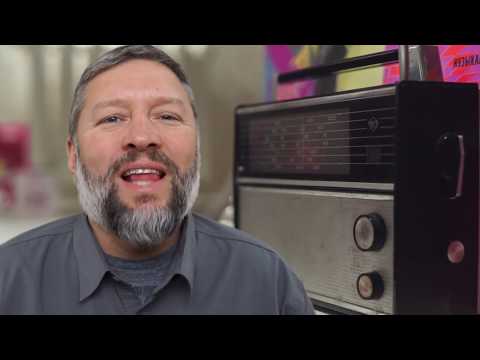 I know many of you reading this right now have had a major void in your life this week. You’ve invested years, and plenty of emotion, on something important - something that came to an end Sunday night.

You lost Game of Thrones.

But, that’s OK, there are shows to watch that will make up for that loss. They may not take all the emptiness away, and they may not be exactly what you think you need, but they can help.

HBO has several great options if you’re looking for good fantasy, or historical drama, with Westworld, Carnivale, and Deadwood coming to mind. American Gods, DaVinci’s Demons, and Outlander have helped put Starz on the map, and Stranger Things leads a huge list of fantastic offerings at Netflix. But, those might not be what you’re looking for, if what you’re looking for is impressive swordplay, royal intrigue, and stories of honor and betrayal.

If that’s your bag, here are five series I think fit the bill quite nicely:

While HBO’s Rome follows the career and story of Julius Caesar, the backdrop of the Ides of March, and the eventual death of the republic, it essentially centers on two main characters who find themselves caught up in the action surrounding them.

Lucius Vorenus and Titus Pullo (Kevin McKidd and Ray Stevenson) are two soldiers on different trajectories who constantly find themselves entwined in the business and interests of the rich and powerful members of Roman society, witnessing first-hand the rise of Caesar, the death of Caesar, the crowning of Octavian, and the demise of Antony and Cleopatra. Pullo is a man of the people, and Vorenus is a commander intent on improving his lot in life, and the two sway from one extreme to another - either at each others’ throats, or depending on one another to survive - eventually finding an unbreakable, brotherly bond.

Created by writers known for grandiose ideas (Bruno Heller, John Milius, William J. McDonald), and a production team bent on delivering grandiose set design, Rome had plenty to go around. There is a reliance on excessive violence and hedonism, as was custom during the glory days of Rome, and viewers may have some issues with the casual nature of both during the run of the show. If those things are acceptable, however, stick with it, because the storylines, visuals, and totality of performances make it very much worth the effort.

Rome won several awards in its two-year run on the network, and finished a good bit weaker than it started, but the two seasons it gave us were first rate. I would put it up against anything television has ever shown me before.

From Starz’ early run of originals, we were gifted the spectacle of Spartacus. Bloodier than Game of Thrones, and filled with more (equal opportunity) nudity, violence, and excess than the HBO juggernaut, this is not a show for the faint of heart, or for those who shy away from vulgarity. Centered on the Thracian soldier and gladiator Spartacus, the show follows his fall from grace on the battlefield, abduction and enslavement by the Romans, and the eventual slave uprising in Capua.

Andy Whitfield, who played Spartacus in the first season, gained quite a cult following before developing non-Hodgkin lymphoma and stepping away from the show. In the months after his diagnosis, Starz produced a short prequel season, Gods of the Arena. A move that could have sunk other series’, the prequel run worked to explain things to come, and served its purpose very well. After Gods of the Arena, Whitfield succumbed to his cancer and was replaced as Spartacus by Liam McIntyre, and the show continued for three more seasons.

As many shows of its kind are wont to do, Spartacus builds with conflict after conflict, and culminates in a final, epic battle between detested foes - and the final conflict does not disappoint. In today’s era of anti-heroes and flawed leads, Spartacus gives us many to cheer for or root against, and they are all men and women with major failings and faults.

If you can stomach the adult action and interaction, Spartacus is more than just a guilty pleasure. It is a sweeping epic for those more familiar with Tarantino than David Lean, so don’t expect a classic. Simply expect to be entertained.

Another Starz original, and another series that leans heavily on the grotesque at times, Black Sails is one of my all-time favorite television shows.

A brutal and obscene prequel for Robert Louis Stevenson’s Treasure Island, Black Sails is a huge production, and looks and feels as though it was ripped straight from dark days of maritime history, from the first frame to the last. Raw and organic, the show depicts pirates and their lives as far from glamorous, and the violent nature of man is on full display throughout.

Following the exploits of Captain James Flint (Toby Stephens, in his best role to date) as he attempts to bring power and respectability to the island of New Providence, the show also highlights the lives of real life pirates Charles Vane, Jack Rackham, Anne Bonny, Blackbeard, and Stevenson’s “Long” John Silver.

It is a beautiful show, produced by Michael Bay’s production team, and is filmed in exotic locales that leave you breathless at times - but it is the cast, a wonderful group of British stage veterans, who make this show so good. While it could be ruined in lesser hands, Stephens and his fellow cast mates (especially Luke Arnold as Silver, Zach McGowan as Vane, and Toby Schmitz as Jack Rackham) bring life and depth to these characters as television rarely does, and they do so in each and every episode.

I know it seems to be a theme so far, but don’t let the crass nature of the show keep you from watching - it is one of the more fascinating series modern television has produced, and well worth your time.

I caught up with The Last Kingdom on Netflix, but it began as a BBC America production, and has all the earmarks of a British series - solid writing, heavy drama, and great performances.

The show follows the story of Uhtred of Bebbanburg, the young son of a nobleman. Uhtred is kidnapped by Vikings (Danes) after his father’s army is defeated, and he is raised by the Danes as one of their own, eventually becoming a beloved son to the powerful Earl Ragnar. After Ragnar is killed by other Danes, Uhtred vows revenge, but also desires a return to his home in Beddanburg, where he would stand as the rightful heir and ruler. During his attempts to return home, he becomes entangled in the efforts of the new king, Alfred, to create a unified England, and also in the efforts of the Dane leader Ubba to wrestle control of Wessex from the Saxons.

Over three seasons, you can learn the history of the birth of England, and do so while being highly entertained. This is another show that features material for mature audiences, but when compared to the earlier entries on this list, there is much less blood and skin to be displayed. There is plenty of liberty taken with the characters’ histories, but the story, for the most part, rings true with historical accounts of the time period, and it is well told.

Unlike many shows that lose steam over their run, and finish with a whimper, The Last Kingdom actually improves as it rolls along, giving us its best episodes in the third and final season. You’ll be glad you stuck around for the end.

I wasn’t expecting much from this History Channel show when it premiered, as the trailers and promotions didn’t seem too impressive. Boy, was I wrong.

Vikings tells the story of Ragnar Lothbrok’s travels through England and France, and his family’s influence on Scandinavian history. Ragnar is a legendary Norse hero, rising from poor farmer to become king of his people, and the saga told in this series is definitely befitting a legendary figure, often violent and crude, but always honest and palpable.

Gabriel Byrne and Donal Logue were the only “big names” to expect in the first season, and actors of their stature might dominate the cast of many other shows, but the ensemble assembled for Vikings more than held/holds its own. Travis Fimmel became an international star, and is outstanding as Ragnar, Gustaf Skarsgard is perfect as the mentally unstable Floki, Clive Standen does his best work as Rollo, and Katheryn Winnick is a force of nature as the powerful Lagertha.

And, speaking of Lagertha, that’s something refreshing about this show - the fact that a female character is played as strong, intelligent, and completely self-sufficient, without compromising her character to influence a storyline or move the narrative forward. She is the breakout star of the show, the beau ideal for women across the globe to admire. Her character development influenced other well-known actors who came onboard for later seasons, like Linus Roache, Alexander Ludwig, and Jonathan Rhys-Meters, and her character has influenced other writers to create more for strong females.

Vikings is number one on this list because it is amazingly well done. It is beautiful in every way, and well-conceived from start to finish. It keeps you entertained without compromising, and keeps you interested in each character, whether you like them or not - a testament to the writing and the performance of each cast member.

Kind of reminds me of another show over on HBO, one that might have just seen its last episode air last week. Check ‘em out if you get the chance, folks, I hope you enjoy them all.