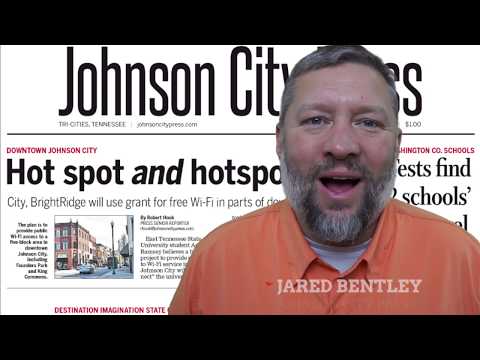 It seems the “Tri-Cities” moniker our region has utilized for decades is no longer cutting it, and several regional leaders believe a new name is needed for the collective Northeast Tennessee and Southwest Virginia region.

The region is bigger than three cities, encompassing all the surrounding counties, Bristol and Southwest Virginia, and even some of Western North Carolina.

With support from regional public and private partners, Johnson City commissioners voted unanimously last Thursday to execute a $48,000 contract with Nashville-based North Star Destination Strategies, the same company contracted in 2017 for $98,500 to develop a new city logo brand, to come up with recommendations for a new name.

This week has led to plenty of discussion online about the allocation of $48,000 to fund such an endeavor, and whether it is needed in our region - feel free to visit our website and let your opinion be known as well.

Unlike tenured professors, adjunct professors at East Tennessee State University make a base pay rate of $600 per credit hour per semester and have not had raises in 21 years.

Student Government Association Senator Austin Cable spoke at the rally, and said raising adjunct pay above “poverty-level wages” should be a higher priority for campus leadership. He said the campus community will continue to campaign for adjunct pay raises as long as needed, and it seemed his rally had the support of many on campus.

Zachary James, like other adjunct professors, has had to take other part-time jobs and do “a little bit of everything” to make ends meet.

“It’s ridiculous that people with advanced academic degrees are getting paid some weeks less than minimum wage,” James said.

ETSU Chief Planning Officer Michael Hoff said its an issue that is being examined by ETSU leadership, and is part of an ongoing review within ETSU’s 2016-2026 Strategic Plan.

Lisa Moss, an ETSU staff member and campus union organizer, said ETSU President Brian Noland “seems to have forgotten his time as an adjunct” before pointing out that the ETSU Strategic Plan does not mention adjunct professors.

And, while on the subject of Brian Noland, it was reported this week that the university president is one of four candidates being considered as the next chancellor of the University of Tennessee-Knoxville.

Noland became the ninth president of ETSU in 2012 after serving for six years as chancellor of the West Virginia Higher Education System. In 2018, Noland was elected to the board of directors for the American Council on Education, the premier coordinating body for higher education institutions across the nation represented by about 1,800 college and university presidents and executives.

On a final note, free wifi is coming to downtown Johnson City.

The Appalachian Regional Commission has awarded a $27,500 grant to the Johnson City Development Authority and BrightRidge to provide free Wi-Fi to a five-block area of the downtown and nearby green spaces. Areas covered by the Wi-Fi project will include Founders Park, the Pavilion at Founders Park and King Commons.