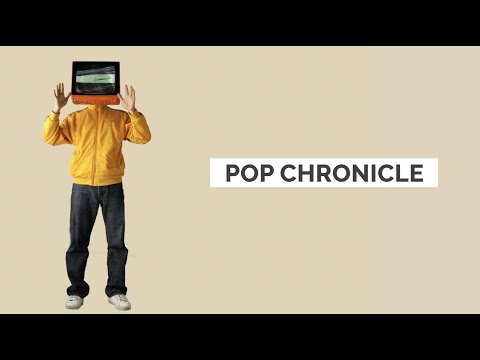 I’m a sucker for a good twist ending. I love that feeling of having all your expectations pulled right out from under you, especially when done well.

While it should have been easy to decipher, I was blown away as a kid when I found out Darth Vader was Luke’s father, and it made “The Empire Strikes Back” so much more memorable. Realizing Deckard was a Replicant, Charlton Heston was on a future Earth, or Rosebud was a lost relic of childhood made the movies they defined masterpieces - because a drastic departure from the norm, when done well, can burrow into your memory forever.

Which films do I think had the best twist endings? Hard to say.

“Memento” had a great twist, as did “Mulholland Drive,” “The Mist,” “High Tension,” “Gone Girl,” “Chinatown,” “Shutter Island,” and plenty more. “Donnie Darko” was completely twisted throughout, with more plots and ideas and retraces than you can count - a twist ending upon a twist ending. There are myriad options to choose from - but the films listed below are my five favorite twists that I enjoyed the most.

Park Chan-wook’s “Oldboy” is a major favorite of those who enjoy good foreign cinema, and would be regarded as such simply for the one-take, four-minute hallway fight - but the story of a father who spends 15 years in solitary, drug-fueled isolation has plenty more to lean on. When Park’s protagonist is finally released from his incarceration to look for his long-lost daughter, a plot twist so shocking and painful turns the story on its ear. It turns out the young woman who has been helping him search for his daughter actually IS his daughter, and they’ve already fallen in love and consummated the relationship - all as part of a revenge plot from an old adversary. Not for the faint of heart, but masterfully done, “Oldboy” is worth several viewings.

David Fincher is a master of pulling off the twist ending, and manipulates the viewer with emotion and drama about as well as any director working today. “Se7en’s” plot, involving murder and sin, draws you in and holds you on the edge of your seat, as the evil John Doe forces Brad Pitt’s hero cop to give himself over to the final sin - wrath- and commit Doe’s final act for him, a twist that is played to perfection by a younger Pitt and a surprisingly menacing Kevin Spacey.

In “Fight Club,” another Fincher classic, Ed Norton’s nameless narrator gives himself over to the charismatic Tyler Durden (Brad Pitt), who hosts underground fights, recruits willing, young terrorists, and brings an economic system to its knees through a series of explosions. Only at the end of the film do we realize Durden was a figment of the narrator’s imagination - he finds out too late to stop the devastation, but finally regains his sanity, and his identity.

This is one of my favorite films, and for very good reason - an amazing script, cast, score, and movie, the “Usual Suspects” made it cool to craft first-rate heist flicks again. Bryan Singer’s film, from a script by Christopher McQuarrie, tells the tale of five thieves as they face off against Keyser Soze, the most feared criminal mastermind in the Western Hemisphere. When Verbal Kint, the talkative “cripple” of the crew, begins talking to the police about the exploits of he and his four compatriots, things begin to unravel very, very slowly. As the story picks up pace and the tension grows, clues start to take shape, and the realization finally occurs that Kint IS the formidable Keyser Soze. If you’ve never seen this one, make time. It will be well worth it.

When you think “movie twists,” chances are you think “Sixth Sense.” M Night Shyamalan knocked it out of the park with his first film, holding onto the fate of Bruce Willis’ character until the final act and pulling you in over and over with otherworldly tales of a young boy communing with the dead. With stellar performances from Willis (his best since Die Hard, and still best to date) and a baby-faced Haley Joel Osment, “The Sixth Sense” remains Shyamalan’s best film to date. The director relies heavily on the twist ending, and while he’s come close with the amazing twist ending of “Unbreakable,” and served up passable twists in “Signs” and “Split,” he has never quite reached the level of anticipation and satisfaction he acquired in his first film.

The master of suspense had plenty of wonderful twists up his sleeve, and you can travel quickly through Alfred Hitchcock’s resume to find more than a handful of movies to add to this list. It is “Psycho” that delivers the biggest gasp, however, delivering with every camera tilt, character flaw, and strike of a chord.

The twist was unprecedented, as you realize it is not Norman Bates’ mother who is responsible for killings at the family motel, but Norman himself - dressed in his dead mother’s clothing and “bringing her back to life.” A shocking film in its day, the movie still holds up extremely well (as does the majority of Hitchcock’s filmography), and its influence on modern horror is unmistakable. Called “the granddaddy of shock cinema,” “Psycho” is a cultural landmark that will forever deserve its reputation as one of the best thrillers ever crafted.