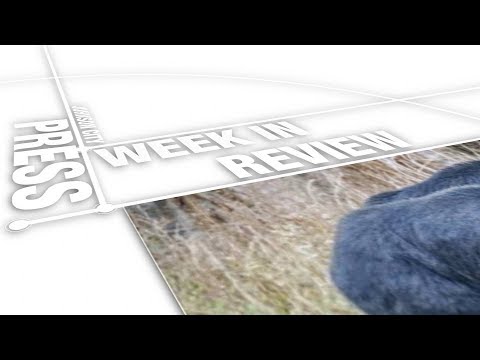 House Democrats are gearing up for a fight against President Donald Trump’s national emergency declaration seeking to fund his Southwest border wall without congressional approval.

A resolution to block Trump’s emergency declaration was filed today, and the measure will put some House Republicans from swing districts and states on the spot. The measure will surely pass through the Democrat-heavy House, and then move onto the Senate, where passage is far from certain, but a veto by Trump is.

However it ruins out, this measure will create divides amongst the Republicans who remain loyal to Trump, or loyal to their constituents.

An undisclosed automobile parts manufacturer is interested in temporarily locating its assembly line in the former BedInABox site on E. Millard St., and it has cleared the first rezoning hurdle along the way.

All that is publicly known about the company is it makes automobile heating components and wants to temporarily relocate its assembly division to the 65,000-square-foot warehouse on Millard Street while it searches for a permanent location. Johnson City commissioners voted 5-0 Thursday to approve the first reading of a rezoning request to accommodate the company’s assembly line.

If the deal becomes final, the company is projected to bring 100 jobs with it. In the meantime, Development Services Director Preston Mitchell said the company is shopping for a permanent site outside the city, possibly at the Washington County Industrial Park.

When you think of animals invading and disturbing the natural ecosystem of Roan Mountain, think of Russian boars. Seriously.

The delicate and unique ecosystem atop Roan Mountain is being ravaged by non-native wild hogs, a species experts believe was brought to the Northeast Tennessee mountains by game hunters.

For the past five years, representatives from the Southern Appalachian Highlands Conservancy, the Tennessee Wildlife Resources Agency and the United States Department of Agriculture’s Animal and Plant Health Inspection Service have formed a Feral Hog Working Group, whose goal is to get the hog population in Roan Mountain under control.

“These hogs have a huge amount of impact on deer, turkey, grouse, or any ground-nesting bird,” according to experts, “They’ll eat fawns, tear up streams, and eat salamanders. Pretty much any negative impact you could think of, these (hogs) do it.”

These animals have caused such a nuisance and hazard that Tennessee landowners can shoot wild hogs during daylight hours year-round, without limit and with no license. They can also bait and trap hogs outside of regular big game seasons, or trap all year round and shoot hogs at night using spotlights if they call their TWRA regional office and obtain a permit.

Be careful, though, as these invasive hogs can be aggressive, especially when defending their young. They may weigh up to 300 lbs, have sharp tusks, and can charge very quickly.