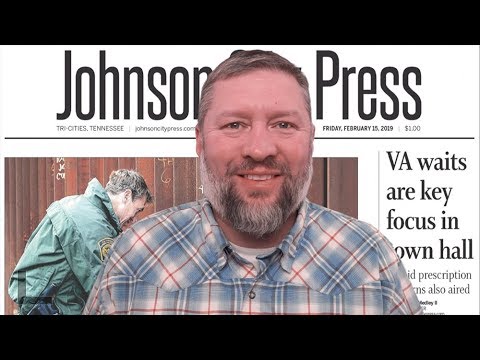 63-year-old Harry Weaver walked into David A. Guy Dentistry on Wednesday morning with the intent of killing his estranged wife, Kelly Weaver. An employee of the Colonial Heights office, Kelly was caught unaware, and her life was taken.

Officers responded quickly, and found Kelly lying on the floor with several gunshots wounds. She was taken to the hospital by EMS and later died from her injuries - but she was not the only person shot during the exchange.

According to authorities, Harry Weaver was also found on the floor with multiple gunshot wounds — and being held at gunpoint by a patient, identified as Larry Seagroves, who is being hailed as a hero. Seagroves, a handgun carry permit holder, told deputies Harry Weaver entered through the back office area and shot Kelly Weaver. Seagroves then opened fire on Harry and detained him until police arrived.

The Sheriff’s Office stated that Seagroves did not wish to be contacted by news media.

A man called 911 around 6 p.m. last night, claiming he saw a young girl in the water near Lovers Lane in Elizabethton screaming, but he eventually lost sight of her, the Watauga Volunteer Fire Department reported.

The girl was described as 3 to 4 years old with blonde hair and a blue backpack. No one had reported a missing child, but emergency crews continued to search the river bank throughout the night. Wings Air Rescue had one helicopter flying overhead, and two or three boats were also searching a roughly three-mile stretch of the river around Pleasant Beach Baptist Church.

Authorities also warned the public to stay away from the search site, as one person trying to help apparently fell into the river and had to be rescued. We will follow the story online as it unfolds, check back for updates.

As I record this today, President Trump is signing an Executive Order declaring a National Emergency at the Southern border. Failing to get the money he feels he needs to build his promised wall, he’s creating a situation that generates the funds for completion.

"So the order is signed,” he said, “And I'll sign the final papers as soon as I get into the Oval Office. And we will have a national emergency.”

Trump says he fully expects to be sued over the plan, by both government entities and private land owners, who expect to lose their farmlands and properties to the endeavor. Whatever happens moving forward, you can find the facts and the rest of the story in the pages of the Johnson City Press, or here on johnsoncitypress.com.