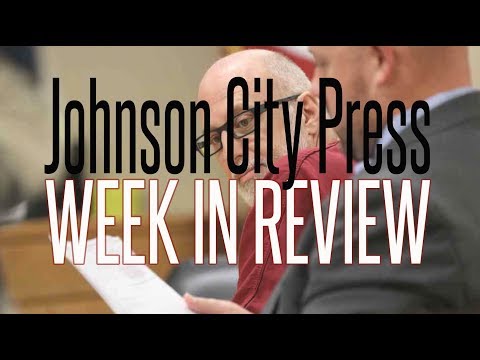 Anthony Padgett, a former chaplain from Jonesborough accused of raping a teenager who came forward after she turned 18, is now facing a new charge - solicitation to commit first-degree murder.

“Unbelievable,” was the first word out of defense attorney Jonathan Minga’s mouth, as Padgett shook his head in disbelief in response to the new charges being read in court Wednesday. Padgett allegedly offered a cellmate a down payment of $1,500 cash, a vehicle, several firearms, ammunition, prescription medication and a gun cleaning kit and an additional $8,000 once the job - killing the woman and her boyfriend - was complete.

Police said the man was targeting banks along interstate corridors, and that’s how he came to rob the US Bank in Mt. Juliet. He is suspected of robbing the Mountain Commerce Bank in Johnson City Friday, and the Asheville bank on Jan. 2. All three robberies were carried out in a similar manner, and surveillance images released by police showed the robbers had similar appearances.

Johnson City police ask anyone with information to contact investigators at 423-434-6166 or make an anonymous tip on the Crime Stoppers hotline at 423-434-6158.

The world became a little less bright this week, after the passing of beloved ETSU professor Chris Dula, a mentor and friend to many in our region, including myself.

Chris was one of the most well-known teachers at the university, where he had taught since 2004, inspiring students and faculty alike. He was famous for high-energy lectures, and his Intro to Psychology class became difficult to get into over the years.

His band, Kryss Dula and Friends, played shows and charity events with Dula as the front man, and he never accepted money for a show, offering it to those in need. His bands didn’t rehearse, opting instead for a more improvisational take on classic covers. He was a showman and a ringleader in the purest sense.

He performed as long as he could, until the effects of the brain cancer which took his life rendered him unable to do so.

More than just an inspirational teacher who lived life to the fullest, friends and family said he leaves a legacy of hope, generosity and love. If you get a chance, pick up a copy of his memoir, “Experiments in Life,” written under the pseudonym Steven Sage, and find out why so many loved him so much.