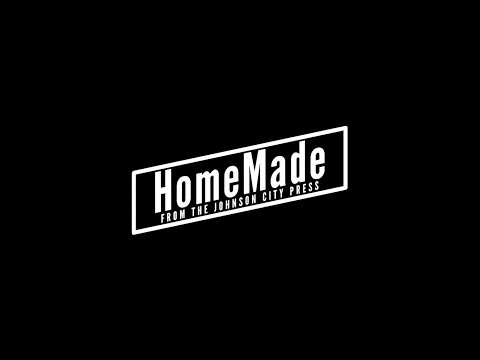 Before the idea of Johnson City Brewing had a chance to thrive, Eric and Kat Latham were avid home brewers, constantly experimenting and traveling to craft beer festivals. The Lathams eventually formed the Peyton Street Beer Club, inviting friends, family, and even strangers over to taste home brew and craft beer from around the world. And that’s where the idea began, “why not start our own brewery...?”

After moving to Northeast Tennessee, the two began looking for the perfect place to set up a brewery and in 2014, Johnson City Brewing Company was born - a brewery with two founders and many owner-investors who all share the same dream of brewing a quality product (and providing a welcome environment to enjoy it).

“We are the oldest brewery in Johnson City,” says Eric, “but we’re also one of the smallest breweries in Johnson City. Our model is that we’re kind of a community-owned brewery, and our goal and model is to grow organically and incrementally. We sell a few beers, make a little money, and then we invest that money back into our equipment and people - incrementally.”

Latham points out that with the brewing company’s new brewing facility, they have come a long way since they opened. Once tenants of the King Centre, the public face of Johnson City Brewing has moved into a corner tap room across the corner of Main Street, and they also now have a 7-barrell brewing system set up on East State of Franklin in a facility large enough to provide a steady stream of suds.

They’re getting bigger, but they’re not forgetting the things that made them stand out as they do.

“Because we’re a smaller brewery, we are able to offer a lot of different kinds of beers,” says Latham, “We have our flagship beers - something light, something hoppy, something brown, and something dark - and then one of the things we pride ourselves on here is innovation. Creativity. Experimenting.”

And Latham, as head brewer, has put that creativity to good use producing award-winning beers that please the palette, keeping loyal customers coming back to Johnson City Brewing time and again.

All beers have the same ingredients, according to the former home brewer, with water, malt (grain), hops, and yeast filling the tanks of every brewery —it’s what you’re able to do with those ingredients, and the little things you add or remove, that create the flavors that make craft beer such a favorite these days.

It would seem that Latham and his crew have found the right recipe for their business, as they keep creating great beers and experiences for their customers and friends, and continue to impress moving forward.

If you get a chance, you might want to visit the tap room at 257 East Main Street and sample a few brew on tap. The owners are frequent visitors to the tap room, so you can always share a pint and learn more about this business and its people during a visit - just introduce yourself and say hi.