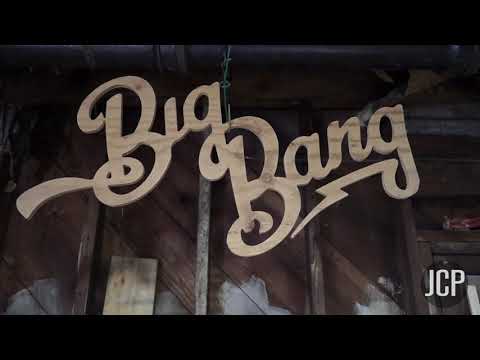 Alex Todt is a luthier. A guitar builder. A mandolin maker. A violin designer.

Todt is a man who takes wood and shapes and metal and string and creates something someone will deliver sounds from. Sounds that move people —their hearts, their bodies, and their souls. Sounds that could change lives and worlds and bring belief to non-believers, whatever that belief might be. All that can happen. Does happen. And it begins with a piece of wood in a small workshop in Bristol, Virginia.

Having begun his work on guitars while in school at Radford, Alex has continued his education —from setting up and repairing to building from pre-cuts, to cutting and building his own electrics, to cutting and building intricate acoustic instruments. He served as the shop steward and luthier-in-residence at the Wayne Henderson School of Music in Marion, and took that time to learn better techniques in voicing and bracing acoustic instruments, as well as building and tuning a quality violin.

“There’s something really traditional, and something historic about making that shape, and about making the scroll on the neck, and it really makes me feel connected to instrument making of a bygone era,” says Todt.

He tries to make connections with all of his builds; by including the customer in all aspects of his custom work, or by simply using lumber and parts from local and regional suppliers. His latest round of guitars, a “5-guitar only” line of the Big Bang Curl Top, was built using curly maple (for the top) gathered from Mike Hill’s world-famous sawmill, the original hemlock beams (for the back) from the Wayne Henderson School of Music in Marion, and a neck formed from Appalachian hard maple from Tennessee. While these are for sale as-is in stores and online, he works with clients in every facet in order to build a personal, custom guitar to fit each need.

Choose a body style. Choose a pickup set-up and hardware group. Choose a headstock and neck style. Todt can take your description and wishlist, and make exactly what you need - just give him a little time and he’ll get it done.

“We’re not limited to what the major manufacturers can offer,” he says, “we involve you in the process so that we can make you whatever you want. Really, the only limitation is your budget, and how much money you want to spend.”

And the money you can spend is shockingly low for such a high quality instrument, given the amount of time and detail he gives to each instrument made. Todt has CNC capability at his workshop and can cut and design almost anything you can imagine, as well as plenty of experience cutting and building by hand, and his guitars rival any of the fine guitars on the market today. So, it might be very much worth your while to order a Big Bang instrument now - before his name begins selling at a much higher price.

You can find information on his guitars and instruments on facebook, Reverb, or at his website - so get looking now!