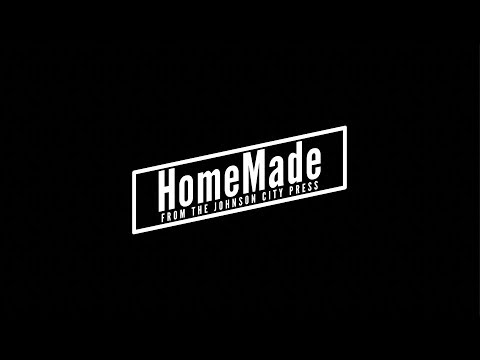 Dick Nelson has created a brand and legacy from what was once a hobby; a story that might sound cliche were it not filled with so many engaging and fascinating stories along the way.

After purchasing the LadyBug Gallery in 1990, Nelson set his mind to creating the region’s finest offering of custom frames and framing, working with artists and novices and helping each to find the perfect fit. His reputation and knowledge grew over the years, and his business evolved alongside his evolution as an experienced artisan and framer. From gallery and frame shop, to frame shop and coffee shop, to frame shop and future gallery.

Nelson has been the one constant during the life of the gallery. And that’s a good thing.

Over the years, as LadyBug has morphed into Nelson Fine Art, the gallery at the corner of Main and Colonial Way has become synonymous with good art, good coffee, and good times, and Nelson’s custom frames have set the standard for excellence in the area. But, it isn’t just about the frames. Nelson has worked with hundreds of artists over the years; hosting art openings, gallery shows, live music, and much, much more.

Nelson says he originally purchased the gallery as “a way to get off the corporate ladder,” taking a cue from his wife and turning “a hobby into a job,” practicing the framing techniques he had been utilizing at home.

“My wife at the time thought I needed a hobby, and we had pictures at home to frame, so she bought me some equipment and I started framing some pictures back in the mid-1980s. When we evolved into Nelson Fine art, we also moved into a big building, started showing artwork of local artists, and over the last 17 years, we’ve shown probably between seven- and eight-hundred artists’ works in here through our shows on First Fridays that we started in 2002.”

As he spent more time with the business, and became more involved with downtown Johnson City, he couldn’t help but want to be even more involved with the growing community of businesses downtown. There were like-minded individuals who wanted to promote the city’s center, and he was able to work with them to create alliances and improvements. He has been instrumental in all activities downtown, from Blue Plum to Little Chicago, and everything in between.

Over the past year or so, Nelson made the decision to close the gallery at the front of his business, and concentrate on the framing aspect of the business. Doing so also necessitated moving his popular coffee shop and breakfast spot, Dos Gatos, a little further down the street. The reaction has been extremely positive, as Dos Gatos has been able to thrive in its new building, and garner a reputation as a first-rate breakfast spot as well.

Dick is continuing to work on the original building as well, as construction is ongoing at the corner shop. He is renovating the large space to once again include a gallery to show local and regional art, and he hopes to have it up and running soon.

“The key has always been, certainly, to provide a living, but in doing that, I kind of fell in love with our downtown and the potential that it had. So, I’ve always wanted to bring people downtown. With moving our coffee shop, Dos Gatos, into its own building, and once we finish construction in here, we will start having monthly art shows again —both here and at Dos Gatos.”

So, the plan is to keep doing what he has always done - bring people downtown. Give artists an opportunity to be seen. Create a space for people to be involved and enlightened.

He’ll be working with other business owners in the downtown area to create a monthly art crawl on First Fridays. He’ll still be involved in planning and organizing downtown festivals, I’m sure, and he’ll work with his contemporaries to help it run smoothly.

He’ll do these things and more. He’ll do what he always does.

If you’d like to have some framing done, and done well, you can stop by Nelson Fine Art and Frames. They’re located at 205 Colonial Way in downtown Johnson City (or you could call 423-926-2931).

Just walk around the side of the building and let Dick know what you need done, he’ll take care of it for you.