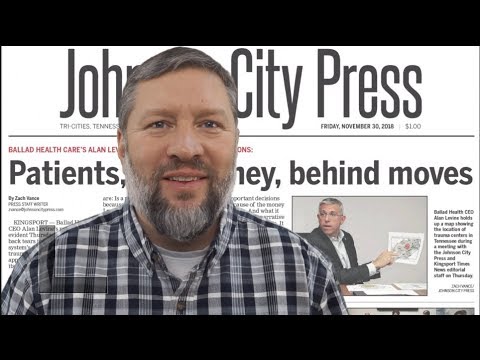 In national news, things are beginning to unfold in the Mueller probe, as Michael Cohen, President Donald Trump’s former lawyer, is pleading guilty to lying to Congress about work he did on a Trump real estate deal in Russia.

He admitted to making false statements in 2017 to the U.S. Senate Select Committee on Intelligence about a plan to build a Trump Tower in Moscow. In August, Cohen pleaded guilty to other federal charges involving his taxi businesses, bank fraud and his campaign work for Trump.

Many see the plea from Cohen as a major stepping stone in the ongoing probe, and a signal that the end may finally be in sight for Robert Mueller and his staff.

President Trump has floated the idea of potential pardons for associates of his who have been caught up in the proceedings, commenting that a pardon of former campaign manager Paul Manafort is not “off the table.”

The other story grabbing headlines this week is the news of General Motors’ decision to lay off more than 14,000 employees amidst the possible closure of five plants as it restructures to cut costs and focus more on autonomous and electric vehicles.

The reduction includes 8,100 white-collar workers, and will leave empty assembly plants in Detroit; Lordstown, Ohio; and Oshawa, Ontario. Also affected are transmission factories in Warren, Michigan, as well as Baltimore.

More than 6,000 factory workers could lose jobs in the U.S. and Canada, although some could transfer to truck and SUV plants.

GM, the largest automaker in the U.S., said the moves will save $6 billion in cash by the end of next year, including $4.5 billion in recurring annual cost reductions and a $1.5 billion reduction in capital spending.

After a spate of similar incidents across the country, a Jonesborough woman made national news this week after failing to stop for a school bus and sending a young boy to the hospital after hitting him with her car.

The accident happened early Tuesday morning on TN HWY 81 near Jim Town Road, as the boy was crossing the road to board the bus and Crystal Buchanan failed to stop. The boy was thrown several feet into a nearby ditch, and was taken to Johnson City Medical Center for treatment of injuries that were not life-threatening.

Buchanan claimed she didn’t see the child or the school bus with its flashing lights as it stopped to allow the boy to get on the bus, according to court and police documents. She was charged with reckless endangerment with serious injury or use of a deadly weapon, and illegally passing a school bus. She was not required to appear for her arraignment Wednesday, and her case has been scheduled for January of next year.

To wrap things up, I’d like to bring your attention to a series of articles from the Johnson City Press that seeks to take a deeper look at ethnic, religious and gender/sexual identities in the Johnson City area. Referred to as “The Spectrum,” these pieces highlight recent events regarding minority groups in American culture, politics, and law enforcement, and hope to give our readers a better insight into the world around them.

With topics as diverse as knowing and understanding our Hispanic and Islamic neighbors, combatting discrimination in the LGBTQ community, stories from the #MeToo and equality movements, and simply welcoming those who may not fit inside your comfort zone, The Spectrum hopes to enlighten and inspire readers to open up to, and experience, a larger populace you may be unfamiliar with.