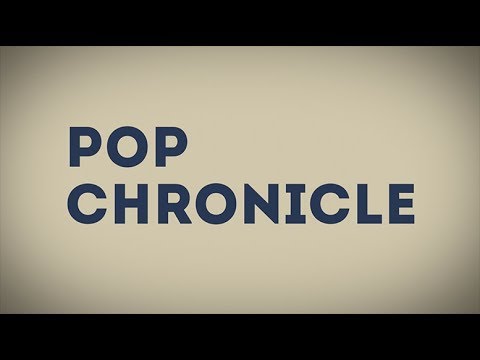 In any situation involving ballots, choices, and reasoning, there is always debate. The mere fact that someone else makes decisions about who should be in any “Hall of Fame” is reason enough for me to be dismayed with previous choices, and to rally against future nominations - that’s just the nature of self-appointed critics (which we have all become).

One of the most contentious, continual discussions centers around the Rock & Roll Hall of Fame in Cleveland. Every year, the Hall nominates new acts, and each year naysayers and critics rail against the options and the lack of “real rock and roll acts.” For everyone who decries hip hop as a form of rock and roll, there are millions of others who claim that punk is just noise, pop is too soft, or (this one is my complaint/observation) Jann Wenner should remove himself from the equation completely.

Who do I think should be in, that isn’t in? Plenty of people. Peter Frampton. Joe Cocker. MC5. Jethro Tull. Willie Nelson should be there if you’re going to let Johnny Cash be a member, and if you have Bob Marley in the Hall there is absolutely no reason to leave the equally-influential Peter Tosh on the sidelines.

There is a complete lack of loud, political bands who have had a much larger impact on music than Green Day or the Sex Pistols. How can you have either of those bands enshrined and not invite Fugazi, Black Flag, Motorhead, Sonic Youth, The New York Dolls, bad Brains, and more? You have Metallica onboard, but no Soundgarden, Slayer, or Megadeath?

90’s Brit bands are completely left out. No Smiths? No New Order? Where are Depeche Mode, The Cure, or Joy Division? Without those bands, you would have no Coldplay, Radiohead, or Nine Inch Nails - especially when you consider Kraftwerk isn’t in, either.

My five biggest snubs, though? These guys:

• King Crimson - Through multiple lineups since their inception in 1968, King Crimson built a dedicated cult following and created soundscapes and styles that were heavily influential for generations of musicians who followed after. From hallucinogenic instrumentals and fugues to complex rhythmic jams, the band has run the gamut of style and substance, and spawned more than one solo career from its ranks.

My personal favorite period for the band was the early 80s, when Adrian Belew came onboard and joined with Robert Fripp to deliver the trio of Discipline, Beat, and Three of a Perfect Pair - three albums that defined a whole new sound for the video age. These three albums alone should garner attention from the Hall, and the whole of their careers should guarantee acceptance.

• War and Los Lobos - There is a distinct lack of diversity in the inductees, especially when it comes to Latin music, or music with a Latin influence. These two bands should be inducted to remedy that situation.

War is possibly the most underrated band of the 70s. You all know their music, whether you recognize the names, and their songs fill movie soundtracks and “best of” compilations everywhere you turn. Cisco Kid. Why Can’t We Be Friends? Spill the Wine. Low Rider. Slipping’ Into Darkness. The World is a Ghetto. Me and Baby Brother. I could go on and on and on.

Great songs, and a huge impact on the West Coast music scene that helped spawn a tremendous amount of musical acts with horns and percussion en masse.

Los Lobos brings the same Latin culture to light, but is able to mix the traditional with the new, and offer every form of rhythm and soul known to man.

From the beautiful sounds of Kiko to the soul of Colossal Head and This Time, the band has pushed boundaries and written from the heart, while always delivering virtuoso musicianship and performances. The La Bamba soundtrack was just a side-step for one of the finest groups to ever take the stage.

If you want to know why they deserve immediate enshrinement, listen to the songs from Good Morning Aztlan, Tin Can Trust, Will the Wolf Survive?, or The Neighborhood - or pick up a copy of Just Another Band from East L.A. - one of the best compilations you’ll ever hear.

• Warren Zevon and Todd Rundgren - While they sound nothing alike, and have had completely different careers, I thought I would list these two geniuses together, because their names highlight the slightly off-kilter songwriters who deserve to be in the Hall.

Both have written anthems, both have worked with icons, and both spent careers doing what they wanted to do - not what was popular or cool at the time. With big hits (I Saw the Light and Werewolves of London come to mind), heavy ballads (Hello, It’s Me) or meaningful tunes wrapped in wry sarcasm (Roland the Headless Thompson Gunner, Lawyers, Guns and Money), the two have left quite a trail of influence in their path.

• Little Feat - The Hall of Fame needs a good Southern Boogie band in its ranks, and there is none better than the Little Feat of Lowell George. The band has continued on, regrouping years after his death, but what he was able to create with Bill Payne and Paul Barrere was not just influential, it was amazing.

Willin’. Texas Twister. Dixie Chicken. Two Trains. If you wanted to get a party headed in the right direction when I was a young man, all you had to was put Feats Don’t Fail Me Now on side one and let it roll - things would improve immediately.

I wouldn’t say Little Feat created a new sound, by any means, but they surely perfected it.

• Lionel Ritchie and the Commodores - The Commodores were huge in the 70s and 80s. They flowed from solid funk to serious ballad to pop hits seamlessly, and you all know at least a handful of their songs by heart. Brick House is played so much, even the elderly sing along, and you cannot stop your feet from tapping once Machine Gun starts to play.

And it’s not just the dance hits, because the band threw Still, Three Times a Lady, and Sail On at us to make sure the emotions were all in sway - and then they knocked us out with the ubiquitous classic Easy. And when the soul of the band left to go solo, they surprised everyone by releasing the best song about lost brothers ever recorded with Night Shift.

And what about that guy who left? What did he do? He simply OWNED the 80s, winning Grammys and selling millions and million of records, and appearing on the charts for a decade straight with songs like Truly, You Are, and My Love. Hello and All Night Long, Stuck on You and Running with the Night, Penny Lover and Say You, Say Me.

He Danced on the Ceiling and wrote songs like That’s What Friends are For and We Are The World, and he has absolutely NO presence at the Rock & Roll Hall of Fame.

If that’s not the biggest travesty in the history of the Hall, I don’t know what is.

But that’s just me, and my opinion. I’m sure you have your own, so let me know.