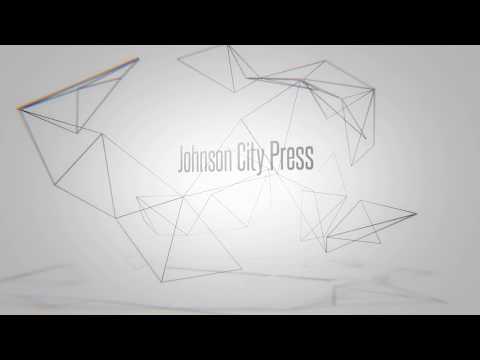 An armed man on campus and an allegation of assault triggered a shutdown of ETSU’s campus this past Monday, making for a tense afternoon for students and parents alike.

Alexander Coss, an employee of Taff & Fry Co., was charged with one count of aggravated assault after striking co-worker Christopher Lynam in the head with a shovel. Coss then brandished a black pistol, possibly a .380-caliber or 9 mm, and pointed it at another co-worker, according to authorities.

Coss and the others were working on the D.P. Culp Center renovation project when the reported assault occurred in one of the construction areas. After a brief search across campus and the adjoining area, he was found in an apartment at Bell Ridge Apartments. Officers said no gun was found when Coss was arrested.

A preliminary hearing set bail at $5000, but due to his inability to clearly understand the court proceedings (Coss speaks no English), his arraignment was set for September 4 so that a translator could be on hand.

A fatal shooting early Sunday morning at 220 W. I St. in Elizabethton appeared to be “a justifiable shooting,” according to police, and no charges were filed in the death of 29-year-old Francisco Borquez.

As officers arrived on the scene, 32-year-old Chosen Julian immediately made contact with them and identified himself as the person who shot Borquez. Borquez had gone to the residence to speak with Jade Guinn, the mother of his child, and while there, a physical altercation between Borquez and Julian began inside the residence.

During the altercation, Chosen allegedly felt his life was threatened. He fired one shot at Borquez with a pistol, and Borquez then exited the residence and collapsed. Within minutes, the Carter County Rescue Squad arrived and took Borquez to a local hospital, where he died.

The justifiable shooting determination was made after results of the investigation were reviewed and after consultation with the First Judicial District Attorney General.

There was a lot of loss this past week, and reminders of past losses as well.

After saying goodbye to Aretha Franklin last week, we said farewell to an American hero and political icon who finally lost his battle to brain cancer, as John McCain passed away at the age of 82. His death sparked an outpouring of emotional tributes from friends and admirers alike, and caused controversy within the White House as Donald Trump reacted to the news in what many Republicans viewed as a rather disrespectful fashion.

Another figure perhaps just as meaningful to our nation as McCain passed away Wednesday in Rockford, TN as 82-year-old Stan Brock, the founder of the Knoxville-based Remote Area Medical Health Expedition passed away. A former television personality, it was his role as a passionate deliverer of free health care services to people in rural areas of the country, and even more remote areas around the world, where Brock made his largest impact, one that will live on well into the future.

Locally, Brock was best known for his role with Wise County RAM, providing free medical, dental and vision health care services for thousands of all comers at the county fairgrounds every summer for the last 19 years.

Papa Joe Smiddy left us two years ago, but those who wish to keep his memory alive can do so this weekend at the Papa Joe Smiddy Mountain Music Festival, during which a hand-carved sculpture of Papa Joe will be publicly unveiled.

The 16th annual Festival named after the beloved teacher and musician will be held Sunday from 3-9 p.m. at Natural Tunnel State Park in Duffield.

And, speaking of Wise County, as a native of Wise myself, I would also like to say goodbye to one of my favorite destinations growing up, and a staple of Southwest Virginian cuisine for 55 years, Annette’s Dari-Barn. All my best wishes to Dwayne and Tiffany and the rest of the family - your pizza burgers and sundaes will be missed.