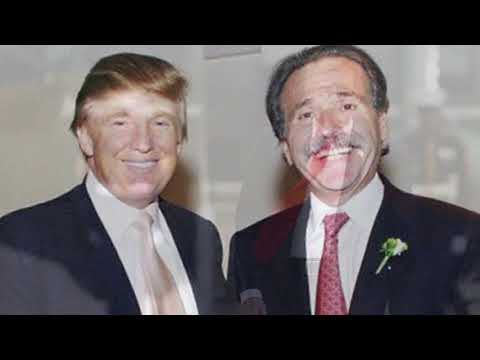 On the national stage, the Trump administration has experienced a difficult week, and it seems as though the future may have more roadblocks ahead as well.

With this week’s guilty pleas from Michael Cohen on 8 federal charges, the President’s former lawyer joins his former campaign manager, Paul Manafort, who was convicted on the same day of eight federal charges of his own, as the most recent of Trump associates who have been indicted, charged, or convicted of federal crimes since the election.

Trump’s earliest and most vocal supporters in Congress, New York Rep. Chris Collins and California Rep. Duncan Hunter have also been indicted this month. Collins is facing an insider trading indictment, and Hunter has been indicted on charges of misusing hundreds of thousands of dollars of campaign funds. Both men have instituted the “witch hunt” defense, and claim that the charges are a conspiracy by the “Democrats’ arm of law enforcement.”

They have been reminded by the media, however, that the Justice Department is run by Jeff Sessions, a former Alabama Republican senator appointed by the current President, who was approved by a Republican-controlled Senate. That same Justice Department found more than 200 examples of the Hunters allegedly using campaign money for personal use.

In a related matter, National Enquirer publisher David Pecker has accepted an immunity offer from prosecutors in the Michael Cohen case, and has given those prosecutors details of payments made by Cohen to women accusing the President of sexual assault, and the President’s knowledge of such payments as they happened.

A longtime friend of Donald Trump’s, Pecker detailed his work with Cohen to kill stories related to the campaign or the candidate, and has claimed to have a vault of information in regards to his relationships with both men.

Trump continues to blame these events on conspiracy and retaliation from Democrats, and maintains that the Mueller investigation is simply a witch hunt designed to besmirch his name and his presidency. Surely there will be more on these matters as they progress.

In a Tennessee comptroller’s investigation of the Elizabethton City School System, several questionable accounting practices were detected, and attributed to “a lack of management oversight.”

Tuesday’s report didn’t name individuals, but the school system had announced that co-athletic directors Eddie Pless and Mike Wilson were dismissed on April 2.

• The Elizabethton High School Athletic Department had deficiencies with cash collections and disbursements from concessions and ticket sales;

• The Elizabethton High School bookkeeper used the school’s mail meter machine for personal use and maintained an unauthorized petty cash fund; and

To get a full rundown of the facts of the matter, read John Thompson’s article on our website.

The League of the South, recognized as a hate group by the Southern Poverty Law Center, is promising to disrupt an upcoming regional festival and hold a separate white nationalist rally in Johnson City and Elizabethton next month.

The chairman of the Tennessee chapter of the Neo-Confederate group said Thursday afternoon an upcoming demonstration originally planned Sept. 29 in Johnson City will be held at Sycamore Shoals State Historic Park. Members will also travel to the area on Sept. 15 to protest the inaugural TriPride festival in Founders Park organized by the local LGBTQ community, intending to set up along the parade route with Confederate flags to protest the group’s message of inclusion.

If you’re looking for something to do, there are two very different festivals happening this weekend, each with plenty to offer.

The Meet the Mountains Festival in Founders Park will be packed full of outdoors activities for beginners and experts of all kinds Friday and Saturday from dawn to dusk.

The Park will be divided into three zones: water, earth and air. Inside each zone will be different activities pertaining to each element. There will be plenty to see and do, and the festival is suggesting outdoor sites and activities to visit as well. There will be music from Demon Waffle, Indighost, and more, and if you want to know what’s happening and when, you can visit our website for the info.

If your interests veer more towards indoor activities, art, and self-produced magazines, then Saturday’s Johnson City Zine Fest might be right up your alley.

Kicking off at 6pm at the Willow Tree downtown, Zine Fest will showcase self-published authors and artists throughout the region, highlighting the culture and the art, and also offering music and fun along the way. Expect to see Liz the Prophetess, Momma Molasses, and more, and then make your way across the street for the after party at the Hideaway.

Whatever you decide to do this weekend, remember to stay safe, have fun, and be respectful of those around you.