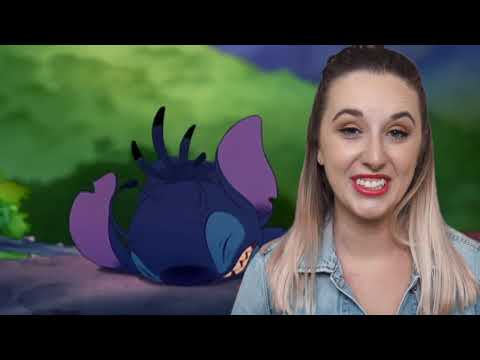 I had a lot of fun involving friends in an earlier Pop Chronicle, and that led me to ask around the office again for contributors to this one. I posed a question to them - “Which film(s) defined your childhood?” - and got wildly different answers across the board.

From the musical Newsies, to great comedy-dramas like Breaking Away, or comedy classics such as Monty Python and the Holy Grail, it gave me titles to return to, and remember the impact their choices had on me as well. While schedules and work prevented adding everyone’s responses to the final product, I did get help from two of the wonderful, young writers in the news room.

I guess the pat answer for someone who grew up in my generation would be Star Wars - it had a huge impact on everyone at the time of its release - and while that was the motion picture that made me appreciate movies, it wasn’t until Blade Runner that I began to appreciate film.

The dark, moody sets and scenes were so real, and the vision of our depressing, artificial intelligence-infused future were themes that I quickly became enthralled with. It wasn’t escapism, it was fantasy as hyper-realism, in a sense.

I was assured that this was the distinct vision of our future - and I was hooked. It is still my favorite science fiction movie, and will probably remain so. If you haven’t seen it, you’re doing yourself a disservice, and you should act quickly to make amends.

Anyone who has known me for longer than 30 seconds knows what my favorite movies are.

I was 11 years old when I saw the first one – I was picking out a movie to watch while my mom was grocery shopping. I don’t really know what drew me to pick it up, but I immediately fell in love with the trilogy, and to this day, my best friend and I still make a point to marathon them once a year.

I think, as a kid, it was one of the first times I really got sucked into another world, and I remember wanting to live there all the time. I learned a little Elvish - I really got into it.

The films really shaped my interests as I grew into a teen and an adult, pushing me into things like Game of Thrones, Dungeons and Dragons, and a strong interest in anything high fantasy. More than that, I think the themes really stuck with me as I grew up: finding hope in despair, getting in touch with your inner strength and courage, and the immeasurable strength of friendship.

I think they really shaped me as a person.

Okay, so I jumped back into the conversation. But that’s just because I wanted to herald the incomparable Young Frankenstein.

Peter Boyle, Marty Feldman, Terri Garr, Madeline Kahn, Cloris Leachman, and the amazing and the uber-talented Gene Wilder all come together to give the genius of Mel Brooks the cast that it deserves, in a movie that never wavers and always satisfies.

How to describe it? A wonderfully funny horror spoof that has never been equalled in cinema. A career-defining performance vehicle for everyone involved. A guaranteed classic. A national treasure.

My earliest movie memory was watching this film at the driving with my parents when I was supposed to be asleep in the back seat of the car (in pajamas with feet). I didn’t remember anything about the movie from that evening, other than my innate desire to seek it out and watch it as soon as I got the chance - which I did, over and over again. And it has never let me down.

The movie that defined my childhood was probably Disney’s Lilo and Stitch.

In the beginning of the movie, Lilo, who is super weird and is basically a misfit, prays for a friend. She gets this weird alien pet - Stitch - and they’re both weird and misfit, but they have so much fun together and they just become a family.

It really made me so happy to see this little girl, who I related to so much, find someone who accepted her for who she was - and they end up being happy. And the whole tag-line of the movie is “Ohana means family, and family means no one gets left behind or forgotten.”

That unconditional love really spoke to me and made me want to be that way toward other people.

I know, I know. Me again. And I’m doing exactly what I said I wasn’t going to do in the first review - choosing Star Wars.

I watched this movie over and over again for a full year when it came out. I was six, and I was amazed by everything it had to offer, and the lessons it taught me were life-changing, as were the opportunities it offered to visit worlds and universes that felt so very real.

The whole film is pure escapism and fun. A most wonderful, blissful escape from everything that might have gotten me down. From everything that plagued a small town upbringing. From everything that was stagnant. It took me to a place I could have only imagined before, and convinced me that, in some way, it was real. All the fhe fantasies I had read about before suddenly took on new meaning, because I knew they could come to fruition after seeing a vision on-screen that appealed to me so deeply.

I know the franchise has its issues. I know it has become a huge money-grab. I know the prequels were embarrassing. Six-year-old me still doesn’t care.

And that’s my (our) list of five films that defined certain eras for certain people - I hope you get a chance to check them out, and make a list yourself.