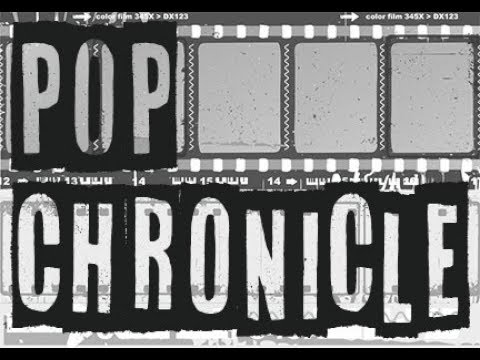 The book is always better. No matter the title, the author, the genre, or the subject, that seems to always be the case. Read the book.

Books allow the reader to develop their own vision, and offer their own take on the subject matter - a reader can create an entire universe completely different than the one created by another reader of the same page. Movies have to do that for you, and can often hinder the imagination, or create something completely foreign to your conception of the novel.

There are rare cases, however, when the film adaptation exceeds the source material, and this is a list of my five favorite movie adaptations that were better than the novel. At least in my opinion.

You could say that all of Stanley Kubrick’s films were “better” than the books they were based on, or at least (at times) staggeringly different.

While Kubrick uses and respects source material, his films often become entities of their own, and stray from the basics to become statements of his design. Dr. Strangelove went from a Cold War thriller to complete satire, Jack Torrance is far scarier on the screen than on the page, and the audacious visuals of 2001 made a far bigger impression on me than Arthur C. Clark could ever hope to.

While Anthony Burgess’ A Clockwork Orange was highly regarded and a great read, the movie was so much more exciting to me, and made for a touchstone moment of my youth, when I began to understand why artistic expression and interpretation were so important in society. Kubrick’s genius, and the film’s constant motion, make for a tremendous ride and the pace improves on what was already a wonderfully uncomfortable story.

I read the Chuck Palahniuk novel in anticipation of the film’s release, and like most young men looking for meaning in life in the late 90’s, I found it to be insightful, original, and surprising. My biggest problem with the novel was the expository preaching and sermonizing that eventually became tedious and tiring.

While I obviously didn’t have the life-changing effect some experienced from the book, it definitely left me curious to see the film, and what David Fincher would do with the source material. I was not disappointed.

The movie has definitely lost its luster for me over the years, but it was extremely well done, and groundbreaking at the time. Ed Norton and Brad Pitt are astonishingly good in their roles, and the film became a treasure trove of quotes, comments, and fodder for future memes, improving on the novel and setting the visual tone for action thrillers of the next decade.

It’s not really fair to Stephen King to say that The Shawshank Redemption is better than the book, since it is based on a short novella that didn’t have the length or space to add the depth and heart found in the film version. But it is.

Based on the short story Rita Hayworth and the Shawshank Redemption, the film opens so many more doors than the written work, and the characters who have become beloved over the years since the film’s release are allowed to breathe and develop. The short story itself is not regarded as one of King’s best works, and would have gone largely unnoticed were it not for the fact that it provided the source material for one of the finest films of the last half century.

2. The Last of the Mohicans

The James Fenimore Cooper classic is just that - a classic - but it is so dense and slow that it makes it an unenjoyable experience to read. There is so much explanation and detail, the pages seem to simply sit in your hands without moving for days on end, and you just want to finish in order to claim victory.

Michael Mann’s movie adaptation, though, is quite the opposite. It moves slowly at times, but it is lush and beautiful and everything about it makes you want for more.

More interaction between the settlers and tribes, more of the gorgeous, cinematic action sequences, more of the burgeoning love stories (and I generally despise love stories), and more of the intense final chase and confrontation. The Last of the Mohicans is one of my favorite films, and for good reason - it is an immaculate period piece from start to finish, and it breathed life into a story I had given up for dead.

I read Mario Puzo’s novel after watching The Godfather, and I loved it. There were storylines in the novel that were not introduced to the film that I would have loved to see, and there were passages of great dialogue and incidents that stuck with me for years after.

But there was also a lack of awareness at times, and I would get lost in certain elements of the story until coming back around pages later with the realization of what had happened. There was a trashiness about it that I thoroughly enjoyed, but I also resented at times, as I felt the story of the Corleone family should be told with reverence and respect, despite the motives and backgrounds of the characters.

Francis Ford Coppola took the Puzo novel, streamlined it, and created one of the finest motion pictures ever made. There is not a single scene in the film that is unwarranted or nonessential. There is not a single character that is not perfectly cast or performed. There is not a single moment wasted, or a line displaced. It is cinematic perfection, and the only film to do it better is its sequel, in which the novel’s history of Vito Corleone finds a home.

The Godfather is, in my opinion, the finest novel to movie adaptation I have ever seen, and one I will always cherish.

Which films have you seen that found to better than the novel? Let me know in the comment section below.