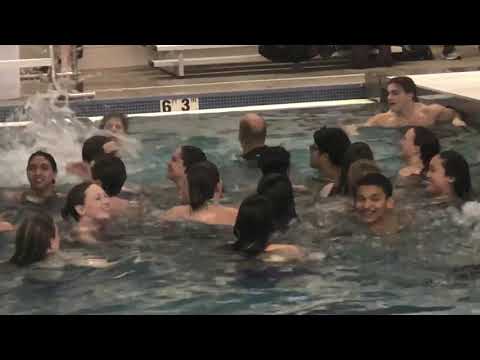 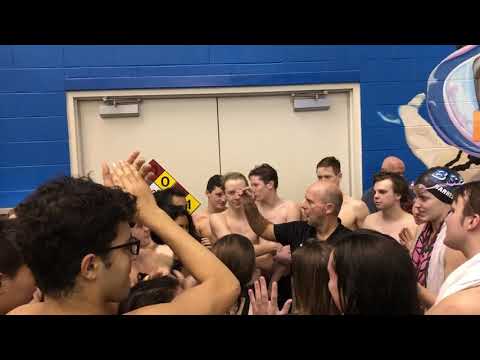 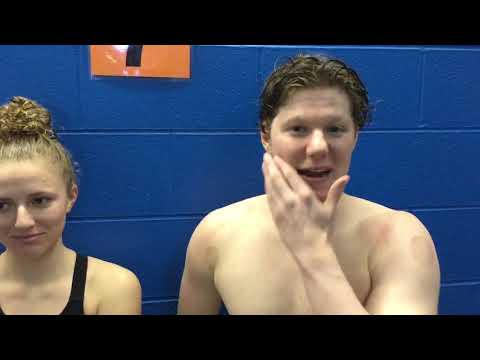 Science Hill’s iron-clad grip on the Northeast Tennessee Swimming and Diving Championships was unbroken Saturday night as the ’Toppers held off a hearty challenge from Dobyns-Bennett to capture the boys, girls and overall titles at the Kingsport Aquatic Center.

It was the 14th straight overall championship for Science Hill. Also it marked 14 in a row for the girls, and 13 out of 14 for the boys.

“We swam Dobyns-Bennett earlier in the year and the girls got beat, and the guys was a very close meet,” said Science Hill head coach Chris Coraggio. “They decided they weren’t going to get beat, and they worked to make this reality come about. I’m very proud of them for doing that.

Tennessee High was third in each category.

Next up for all of the qualifying swimmers is the state meet, which will be held Feb. 8-9 in Nashville.

Getting things off on the right foot, the Hilltoppers won the 200 medley relay.

Landon Potter took first place in both the 200 free and 500 free events. He said the long race was a mental challenge.

“The only thing I had going through my head was: the faster you go, the faster it will be over,” said Potter. “It was just grinding it out to the very end, and just wanting first place.”

Teammate Dustin Niebauer was first in the 200 IM and the 100 back. Science Hill also won the 400 free relay.

Tennessee High’s Tucker Couch was first in the 100 breast.

Misenar said for her it was a team thing.

“I definitely want to say the thing that was behind me was my team, and the training and preparation we’ve had for this meet,” said Misenar. “I was just so excited to go out there and race for my team.”