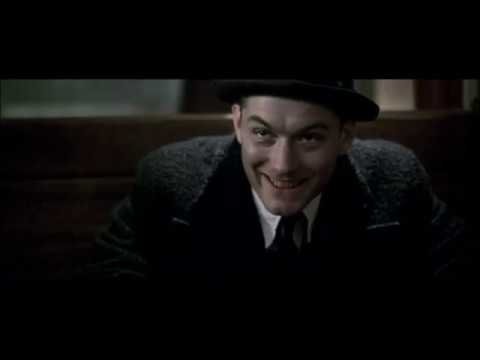 Over the last few weeks and months, Hollywood has been at the mercy of one entity, or at least one genre. It seems if you want to be at the top of the box office heap it pays to have your roots in comics, especially if there’s a “Marvel” attached to it.

While I am a big Marvel and DC fan and I love the fact that superhero movies are popular, especially since they keep getting better and better as each film arrives, the superhero stories are not always my favorite comic or graphic novel adaptations. There are serious dramas, such as History of Violence, Snowpiercer, From Hell, 300, or V for Vendetta; sci-fi and fantasy choices like 30 Days of Night, Cowboys and Aliens, and Men in Black; and dark comedies such as Ghost World, The Losers, Sin City, and KickAss.

Whatever your taste, there is probably a graphic novel or comic out there for you, and there’s a good chance it was probably a movie last year, or at least some time over the last few years.

Here is a quick list of my Five Favorite Films Derived from Comics:

I am a big fan of Zack Snyder’s first turn at the superhero genre. Alan Moore’s graphic novel is the benchmark for everything that came before or after, and the highly anticipated movie divided fans more than anyone could have expected.

While many were disappointed with the changes made to the ending of the novel, I found Snyder’s direction to be ingenious and inspired, and his ability to capture the tone of the book as well as he did surprised me. Moore, as he always has, distanced himself from the film and denounced it as trash, and the “purists” followed suit, but as a fan of the book since its release, I have to say I loved it.

Framing Dr. Manhattan and delivering a nuclear blast is more believable than a teleported giant squid, and is more in keeping with the gritty realism of the novel’s first three acts, and I always found the ending to be the weakest point of the book.

I did miss the Tales of the Black Freighter, but if you got the blu ray, it was included after the fact.

4: Scott Pilgrim vs The World

Edgar Wright is a cinematic genius who can do no wrong. There, I said it. Whether it be British zombie flicks, entire towns turned homicidal, or robots seeking world domination, he makes films that are unique and fun, and continues to impress me each and every time.

Bryan O’Malley’s Scott Pilgrim is drawn in manga style, and the film couldn’t hope to carry that into reality, but Wright pulled it off as closely as possible, and took a cult hit into the mainstream while doing so. The film highlights the music, the gamesmanship, and the outlandish humor of the novel, while adding more of a “nudge and wink” feel to the source material. It is cinematic gold, and it is a film worth watching more than once.

If you’re like me, you still wonder what Scott’s been doing since Ramona walked away.

Sylvester Stallone almost ruined Judge Dredd for me. After seeing the terrible movie adaptation of the brutal British comic, I knew there would never be a decent Dredd in theaters. 17 years later, I was proved wrong.

In Dredd, Karl Urban embodies everything I thought Judge Joseph Dredd would be, and director Pete Travis pulls no punches with his rendering of John Wagner’s authoritarian street judge of the future. Travis’ depiction of Mega City One is harsh and bleak, and the world and characters he creates are hopeless and despondent, and prone to violence and depravity, things you don’t normally associate with comics or super heroes.

Dredd is steadfast and vigilant in his upholding of the law, and Urban’s emotionless delivery and style perfectly compliment the character. The supporting cast is magnificent, the plot is clever and believable, and the film keeps popping up in my queue at home. If you don’t mind violent, post-apocalyptic thrillers, you should definitely give Dredd a shot.

There are two film versions of this Japanese manga (three if you count the Indian film Zinda), and I was completely oblivious of the book until after seeing the first film.

Park Chan-wook’s 2003 adaptation is one of cinema’s best depictions of revenge, and set the standard for neo-noir violence and rage. The story revolves around Oh Dae-su, a man who is held prisoner for 15 years with no idea why, who is suddenly released with nothing but a suit, and slowly given clues to find his captor. As Oh Dae-su attempts to find his captor’s identity and motive, there follows an immense amount of violence (including one of the best hallway fight scenes in movie history) and a storyline that is far from family-friendly.

Still, it is a fantastic film, and I would suggest it to anyone who enjoys good cinema.

Spike Lee directed a better-than-average remake ten years later with Josh Brolin in the lead role, but the original is still the best.

Road to Perdition has its share of violence as well, with bank robberies, murders, and assaults on the menu, but at its core it is a film about fathers and sons.

Paul Newman and Tom Hanks are the aforementioned fathers of this film, and they are at the top of their respective games. Director Sam Mendes allows each man to develop their characters slowly and the process is outstanding, as Hanks is forced to go on the run with a son who witnessed something he should not have, and Newman deals with the fallout of his son being the reason for Hanks’ departure. Both men play against type, with Newman as the Irish crime boss and Hanks as a violent cog in the family machine, and both of them are able to ease into their roles as if they had never played another role.

A throwback to noir films of the 70s, Road to Perdition offers a much better story than expected, and the supporting characters add a depth not usually found in crime stories. Daniel Craig is detestable, Jude Law is despicable, Ciaran Hinds gives a very minor role an immense amount of heart, and Tyler Hoechlin grows up right before your eyes.

If you haven’t seen Road to Perdition, see it soon.

While not a graphic novel or comic, M. Knight Shyamalan’s moody classic is based in the world of comics and heroes. Watch it!