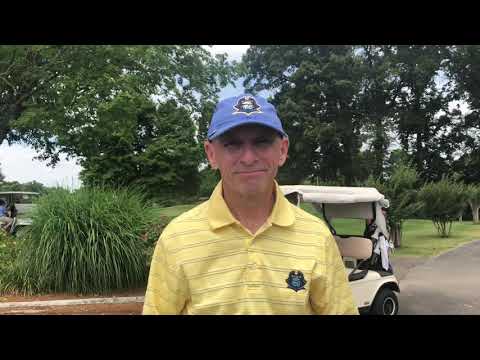 Mark Finucane came to Johnson City in 1974 just wanting to run as fast as he could.

He never planned on becoming a pillar of the community, yet here he is some 45 years later having spent most of his professional career serving in the Johnson City Fire Department and donating his time to various area charities.

Finucane competed for coach Dave Walker at East Tennessee State University and became a two-time All-American distance runner. He’s in several Halls of Fame, including at ETSU and the one in Buffalo, New York. After his running career, which included a successful stint as a professional, he settled down in Johnson City, where he lives with his wife, Mary.

You came to Johnson City from Buffalo and you’re well known as a big Bills fan. How tough was it seeing your team lose four consecutive Super Bowls?

“My lifelong passion is the Bills. I live and die by them. They had such great teams during that period. It’s shocking they didn’t win one. I was distraught for several weeks each time, especially the first one when the kick went wide right.”

After a long career in the Johnson City Fire Department, you retired in 2013. How has retirement been treating you?

“I like staying busy so I’ve got several part-time jobs. But I’m out playing golf with my good friends and traveling with my wife. It doesn’t get any better than that.”

“The golf game has improved greatly over the past couple of months. Certainly playing more helps. It’s a fun game, but it’s very addicting.”

As a world class runner, you were very competitive. Does that competitive nature come out on the golf course?

“I’m always competing against myself, trying to shoot as low a score as I can all the time. As my friends like to say, I grind. I’m intense and I love the game. The competition’s with myself.”

What were the biggest highlights and biggest disappointments of your running career?

“I’d say the highlight was definitely the 2:11.55 marathon in Houston. I finished third that day by a second. I still think it’s the closest marathon finish of all-time. I just felt good that day. I think I ran the last 10K in just over 30 minutes. We were flying and it was a great feeling. Greatest disappointment was the (1980) Olympic trials in Buffalo. It was in my hometown and I had high hopes, but I didn’t have a good day. I was cramping up after about 15 miles and I was able to finish but it was very disappointing.”