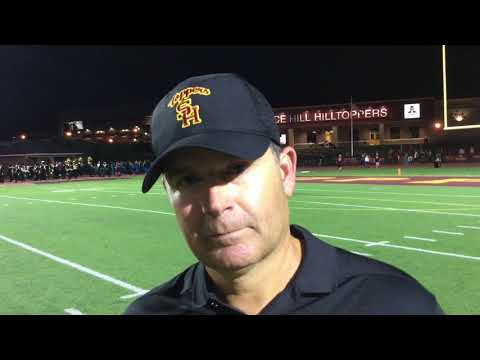 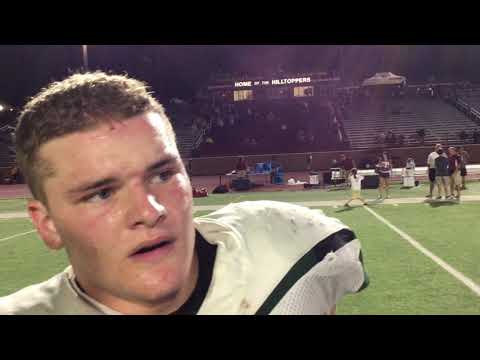 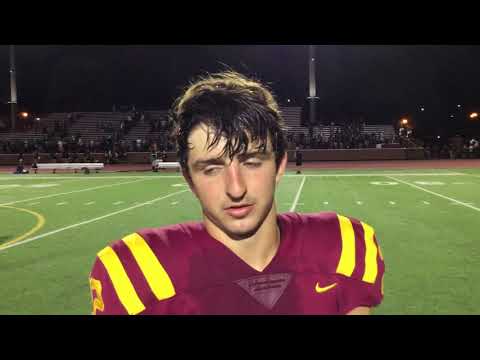 Greeneville didn’t become a two-time defending state champion by worrying about an early deficit — not even the 21-point, 10-minute blitz authored by Science Hill on Friday night.

From there to the finish, the Greene Devils dominated. They walked out of Tipton Stadium with a 33-24 victory.

Greeneville improved to 3-1 on the season while the Hilltoppers fell to 1-3.

Greeneville trailed Anderson County 21-0 in the Class 4A state quarterfinals in 2017. But they roared back for a 38-35 win and went on to win the title.

Greene Devils’ running back Ty Youngblood said that game came to mind after the Hilltoppers burst ahead, 21-0.

“We thought exactly of the Anderson County 21-0, but in that case we were at home and not at Science Hill,” said Youngblood. “It was a great fan base we brought from Greeneville, and I’m just so proud of our toughness.”

After two costly turnovers in their own territory contributed to the early woes, Greeneville got an 80-yard touchdown run by Mason Gudger.

Even though Science Hill was still in command, the run seemed to zap a lot of the Hilltoppers’ momentum.

Science Hill took the second-half kickoff and drove to the Greeneville 5-yard line. On the first-down play, Chris Thomas suffered a shoulder injury. He left the game and did not return.

The Hilltoppers were unable to punch it in, and settled for Kade Hensley’s 28-yard field goal.

“Bar none, he was the best football player on the field,” said Science Hill head coach Stacy Carter. “He went out and it hurts you. It would have been different.”

The Greene Devils went ahead early in the fourth quarter when Youngblood powered into the end zone from eight yards out.

After Youngblood’s touchdown, Greeneville tried a pooch kickoff. The ball went high in the air, about 10 yards down the field. Science Hill didn’t call for a fair catch, and Greeneville eventually recovered the loose ball.

A couple of plays later, Youngblood burst through the middle for a 37-yard touchdown run to pretty much seal the outcome.

Youngblood finished with 94 yards on 16 carries after gaining only nine yards on his first seven tries. Gudger broke loose for 173 yards on 20 carries and two scores. Ferguson was 14 of 22 for 174 yards and a score.

Science Hill got a big break on the game’s opening play. Youngblood couldn’t keep hold of a handoff and the ball squirted loose. Science Hill’s Justus Sutton battled Youngblood for the loose ball as both players went to the ground, and eventually Nicholas Copenhaver scooped up the free treat.

“We came ready,” said Copenhaver. “We remembered what happened to us last year. It was embarrassing for a lot of us, and a lot of seniors wanted to prove a point, that we weren’t the same team.”

On the next possession, Copenhaver interrupted Greeneville’s game plan again. He stepped in front of a pass at the Greeneville 40 and raced to the 29-yard line.

Batchelder and the Hilltoppers cashed in again with a 6-yard scoring connection to Andrew Kanady for a 14-0 advantage.

Still in the first quarter, Batchelder authored his third touchdown strike. He found Anderson, once again on third down, for a 20-yard touchdown.

“They made some mistakes and we were able to capitalize on them,” said Carter. “Unfortunately we made some mistakes in the second half that hurt us. These are young kids and they’re getting better every game. I just hate that we didn’t end up on the right side of this one.”

Batchelder finished 11 of 19 for 115 yards with three touchdowns and two interceptions.