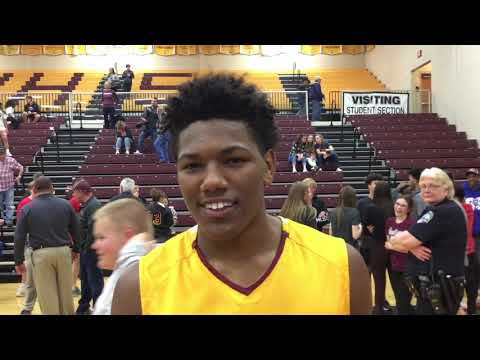 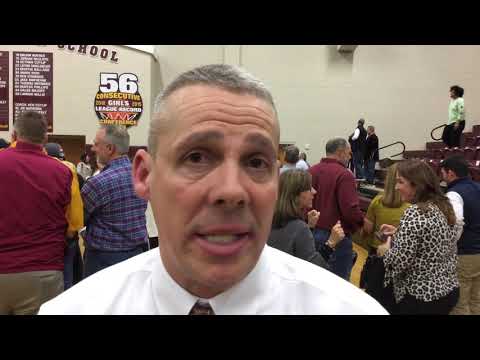 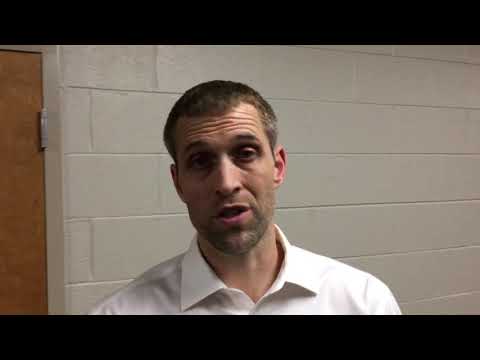 Science Hill has a bus load of good basketball players, but it was nearly impossible not to see Amare Redd standing out in the region tournament.

The Hilltoppers’ junior delivered his second straight double-double, finishing with 13 points and 10 rebounds while earning most valuable player honors after a 57-40 win over Dobyns-Bennett in the 1-AAA championship game Thursday night at The New Gym.

It was a team-effort defensive gem for the Hilltoppers, who held the Indians to just nine points deep into the first half.

“This started at the beginning of the season,” said Science Hill head coach Ken Cutlip. “The mindset our kids took on the defensive end set the tone for our season. They embraced the defensive end, and embraced what we define as toughness and how to play.”

“It’s something I’ve never thought about,” said Cutlip. “To me, it tells me how fortunate I’ve been to be at the school I’m at right now. You’re not at a school this long if people don’t stand behind you and what you’re trying to do. I’ve been blessed to have the city, school, administration, coaches and players who stuck with me.”

The Hilltoppers improved to 32-3 and earned home-court advantage for Monday’s sectional contest against Oak Ridge (26-5) at 7 p.m.

Dobyns-Bennett fell to 19-13, finishing as the region runner-up for the third straight season. The Indians will hit the road to meet Maryville (29-4) on Monday at 7 p.m.

At stake in both of those games will be a berth in the Class AAA state tournament.

After a 13-point, 18-rebound effort in the semifinal win over South-Doyle, Redd doubled down against the Indians. He got rebounds he had no business getting, using lateral quickness and leaping ability to beat D-B players to the basketball.

“It was just knowing it was a rivalry,” said Redd. “We had to come in to win.”

Teammate Jordan McLoyd said Redd has stepped up his game.

“He’s so underrated it’s crazy,” said McLoyd. “He’s one of the best players on the team. He went crazy in this tournament. I’m glad he’s on my team.”

The Indians bounced back from a 21-9 deficit by closing the first half with eight straight points. It looked like it was game-on from there, but D-B couldn’t find second-half traction.

“I felt real good at halftime, down four, and we weren’t playing well,” said D-B’s head coach. “They threw a little wrinkle at us and we didn’t adjust very well. I thought we would come out and make those few adjustments, but it was a struggle to get that started.

“I thought it was a continuation of the first half. I don’t think we executed very well. Offensively we were very poor and didn’t execute the game plan.”

Science Hill quickly moved back out to a double-digit lead in the third quarter, and led 41-28 heading to the fourth. The Indians were unable to make a run.

Poore said his team can shake this one off because there’s a bigger game ahead.

“We can use this as experience and learn from it going down the road,” he said. “The good news is we have a chance on Monday to redeem ourselves.”