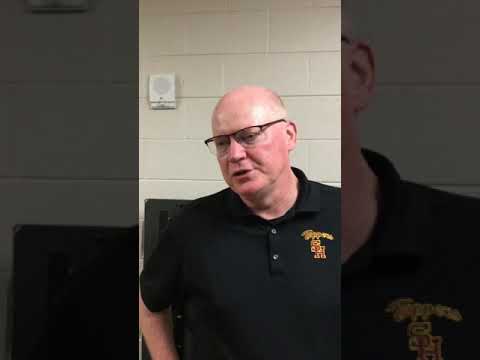 The Lady Hilltoppers captured the Region 1-AAA girls basketball championship Wednesday night at The New Gym with a thunderous 70-38 mercy-rule win over the Lady Trailblazers.

“It was just fantastic by our kids,” said Science Hill head coach Scottie Whaley. “We played tonight the way we’re capable of playing. Our kids just came out ready to go.”

It was the second straight region crown for the Lady Hilltoppers, who won their 16th consecutive game to improve to 27-7. They will play host to Knox Bearden in a Class AAA sectional contest at 7 p.m. on Saturday. A state tournament berth will be on the line, unlike on Nov. 29 when Science Hill played Bearden (29-3) in the Heritage Thanksgiving Classic at Maryville. The Lady Bulldogs won that game 59-43 behind a strong fourth-quarter finish.

Daniel Boone seemed like it could barely breathe when it had the basketball. Coming off a thrilling triple-overtime win over Jefferson County on Monday, the Lady Trailblazers may have been a little leg weary.

“We knew Boone would be a little bit tired from the game the other night, and our plan was to get into their legs and push the tempo,” said Whaley.

Jeila Greenlee paced the Lady Hilltoppers with 19 points. She knocked down four 3-pointers and also added three assists and a pair of steals.

For Daniel Boone, Jaycie Jenkins was coming off a 44-point, 43-minute effort against Jefferson County. She finished with 12 points, seven rebounds and three steals against Science Hill.

Teammate Madi Runnels hit a trio of treys and finished with 11 points and five rebounds.