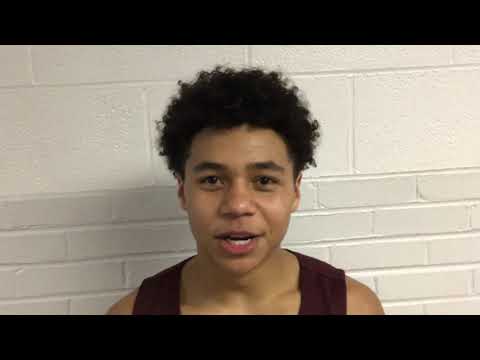 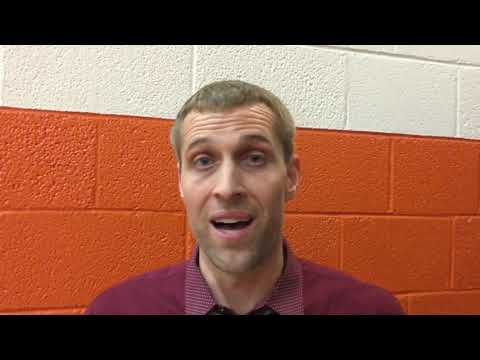 MORRISTOWN — Dobyns-Bennett’s youthful version of a dynamic duo has three more seasons of eligibilty — and at least two more games this year.

Diminutive freshmen guards Jonavan Gillespie and Brady Stump combined for 32 points and sophomore Malachi Hale came up big in the paint as the Indians earned their third straight sectional berth with a 71-62 win over Sevier County in the Region 1-AAA basketball semifinals Tuesday night at Morristown East.

“Jonavan has a lot of confidence to get the job done,” said D-B head coach Chris Poore. “He stepped up these last few games in a big, big way. Tonight he made free throws, handled the ball, and made shots. And Brady did the same thing.

“And Malachi was unbelievable. He has really been a force and active in the paint. That has really helped us on the glass and getting second-chance buckets.”

D-B (19-12) will play Science Hill in Thursday’s championship game at 7 p.m. Because two District 1 teams reached the finals, the game will be played at The New Gym at Science Hill. The Hilltoppers (31-3) knocked off South-Doyle, 58-32.

Stump led the Indians with 19 points while Gillespie added 13 and did a terrific job causing problems for Sevier County’s defense when he had the basketball. Hale owned the paint at times, finishing with 17 points.

Gillespie said he wasn’t bothered by the big stage, even in the Indians’ biggest game of the year to date.

“At the beginning of the year, I was nervous, but I wasn’t nervous this time,” said Gillespie.

A trio of treys helped Gillespie’s confidence. The biggest one came late in the third quarter, giving the Indians a 48-43 lead.

“It took my confidence up a lot,” he said. “We were all hype, and we were ready to play after that.”

The Indians won despite leading scorer Abiah Releford hitting a trey early in the first quarter and not scoring the rest of the game.

“It’s kind of how our season has gone,” said Poore. “We’ve had different guys in the lineup. But I know one thing, Abiah is a team leader and he’s the happiest guy in that locker room. He wants to win. Whether he has a big night scoring or not, he means a lot to this basketball team.”

The Indians seemed to be in trouble when Camden McElhaney got ahead of the pack and dunked for a 41-37 lead in the third quarter. But Zane Whitson sparked a 6-0 run and the Indians eventually took a 45-40 lead in the fourth quarter. Whitson also reached double figures, scoring 11 points.

Midway through the fourth quarter, Stump drained a corner trey to open up a 58-49 lead. Sevier County never recovered from that dagger.

“He’s always hitting shots like that,” said Gillespie. “He’s always coming in clutch. I don’t know how he does it.”

One of the ways the Indians turned the tables was their play against Sevier County standout Wes Maples. He had some first-half freedom and made the Indians pay, but D-B made him work harder in the second half and the difference showed.

Maples had 20 points in the first half, but only 10 in the second half. And only two of those points came during a long second-half stretch when the Indians took control of the game.

“We tried to deny him a little bit more, not let him get in rhythm,” said Poore. “I thought Jack (Browder) did a tremendous job keeping the ball out of his hands and frustrating him.”

It was nip and tuck in the early going as the team’s traded baskets. Wes Maples’ coast-to-coast adventure ended with a buzzer-beating layup and a 13-11 lead for the Smoky Bears after one quarter.

In the second period, Maples converted a new-fashioned four-point play to stretch Sevier County’s lead to 32-19. However, the Smoky Bears went the last three minutes without a bucket and the Indians closed with eight straight — including a knock-down trey ball by Gillespie with five seconds remaining — to move to 32-27 at the break.