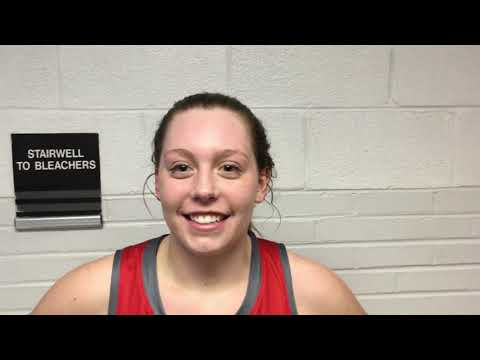 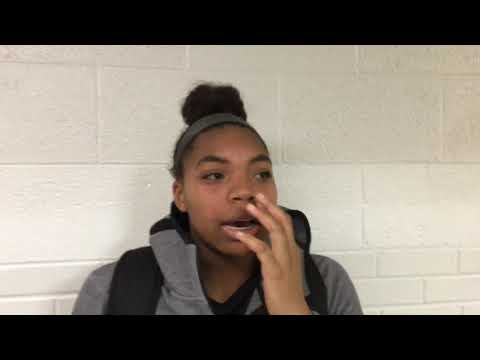 MORRISTOWN — It was a great example of how basketball is a team game.

Jaycie Jenkins totaled 44 points, seven rebounds, six steals, five treys and two assists, but her efforts wouldn’t have been enough to carry Daniel Boone to the win without the buzzer-beating shots of Kayla Gibson and Savannah Jessee.

In an stunning back-and-forth thrill-a-minute contest, the Lady Trailblazers emerged with a 74-68 triple-overtime upset win over Jefferson County in the Region 1-AAA girls basketball semifinals Monday night at Morristown East.

“We talked about three things: take care of the ball, rebound, and the last thing we talk about all the time is mental toughness,” said Boone head coach Beau Hauldren. “Our girls were dead, their girls were dead. We were fortunate to come out on top.”

Boone improved to 20-11 and earned a berth in Wednesday’s region championship game, which will be moved to Science Hill because the Lady Hilltoppers stopped a very determined Sevier County team 52-47 in Monday’s other semifinal. Science Hill was led by Alasia Smith who totaled 31 points and had close to 20 rebounds in an performance that rivaled that of Jenkins.

Science Hill (26-7) will play host to Boone on Wednesday at 7 p.m. at The New Gym. Both teams also earned berths in Saturday’s sectional round, where a berth in the state tournament will be at stake.

“I was pretty tired,” said Jenkins. “There at the end I was getting cramps in my calves, but I pushed through it.

Boone appeared to be done in regulation after missing a shot with under 30 seconds to go and Jeff County getting the rebound. But the Lady Patriots, leading 49-46, turned it over. With the clock ticking under five seconds, Jenkins found Gibson in the corner and she drained a 3-pointer to force overtime. Gibson finished with 10 points and was the only other Boone player in double figures.

Jefferson County battled back from a five-point deficit and tied the game at 56. In the final 12.5 seconds, there were two turnovers and almost a third.

Jeff County took a 64-62 lead with 30 seconds left on a wing trey from Madee Denton. With the clock ticking under five seconds, Jenkins tried to get off a shot in traffic but it was blocked. Jessee picked up the loose ball in the lane and banked in a shot before the buzzer.

Jenkins said the shots by Gibson and Jessee, “gave us all the hope and energy we needed.”

The bucket provided Jessee’s only points of the game.

Hauldren said, “Savannah didn’t have the best game tonight, but obviously that was a great shot.”

Jefferson County was down three of its top players because of fouls and Jenkins salted away the win by knocking down free throws. Jenkins also hit a trey and scored seven of Boone’s 10 points in the third overtime.

Sevier County was a pesky bunch. The Lady Hilltoppers tried to pull away on several different occasions, but each time the Lady Bears had an answer.

Science Hill finally capped it in the final minute of the game. Leading 47-44, Smith came up with a steal and raced down for a layup with 45 seconds to go.

“Our kids have been through it,” said Science Hill head coach Scottie Whaley. “I think our schedule helped us get to this point. Defense and rebounding. It always travels. Sevier County played great.”

Whaley said Smith has stepped up her game in the postseason.

Smith’s rebounding performance was something else. She easily had double-digit offensive boards.

“I felt like a rebound queen,” said Smith with a big smile and a laugh. “I had a good rebounding night. Rebounding wins big games. I had to do what I had to do.”

Sevier County, which trailed pretty much the whole game after a quick 7-1 burst at the start, cut the deficit to 45-44 lead in the fourth quarter. But the Lady Smoky Bears couldn’t get over the hump.

Amanda Clabo had 14 and McKenna Loveday totaled 12 for Sevier County, which finished at 18-13.