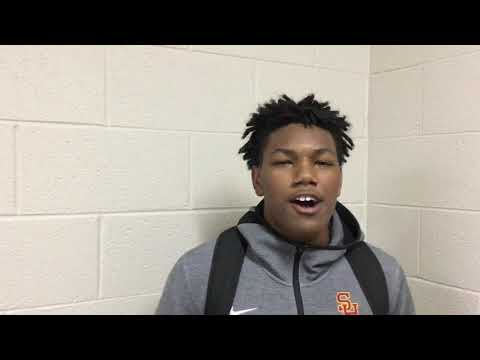 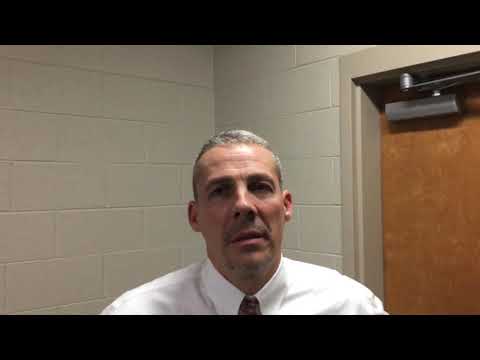 In the second quarter the Hilltoppers had no such issues, allowing just one bucket and turning a tie game into an 18-point halftime lead.

At game’s end, Science Hill had secured a 66-43 win in the Region 1-AAA basketball quarterfinals Saturday night at The New Gym.

“The first quarter was a stalemate,” said Science Hill head coach Ken Cutlip. “We were trying to create tempo, and they got out in transition and got several layups in the first quarter. But we did get them playing faster, and in the second quarter I thought we saw the effects of that.”

Science Hill improved to 30-3, earning its first 30-win season since 2013. The Hilltoppers will take on South-Doyle at Morristown East in Tuesday’s second semifinal at 7:30 p.m. South-Doyle (22-8) defeated David Crockett, 63-43.

The other semifinal is at 6 p.m. and will match Dobyns-Bennett against Sevier County.

Jeff County looked competitive in the first quarter, but Science Hill locked it down. The Patriots rarely got a good look while the Hilltoppers continued to run their offense with effectiveness and precision.

Science Hill was particularly strong in the paint.

The Hilltoppers outscored Jeff County by a 20-2 margin in the second quarter and took a 40-22 lead into the locker room.

It was more of the same in the second half as Science Hill built a 26-point lead. The Patriots scored only eight points in a 14-minute stretch from the start of the second quarter until late in the third.

Science Hill didn’t flinch in its first elimination game of the postseason.

“I feel really good about the way they handled the situation tonight,” said Cutlip. “It will be interesting (in the region semifinals). We have several kids back from last year and the next hurdle is the one that got us.”

“I’m extremely proud,” said Cutlip. “It starts with our four seniors. Each of them is a star in his own right, but they all kind of step back and do what’s best for our team. Game in and game out they will do whatever it takes to continue their season.”

“It was combination of things,” said Redd. “We’ve been practicing on giving it to the post, and that’s what we did tonight.”

Redd said the offensive success was a product of the other end of the court.

“I feel like it started on the defensive end,” he said. “Everybody was doing what they are supposed to do and doing their job, and keeping them from scoring.”

Tommy Griffin led the way with 10 points and also added three assists for the Patriots, who finished with a record of 16-14.