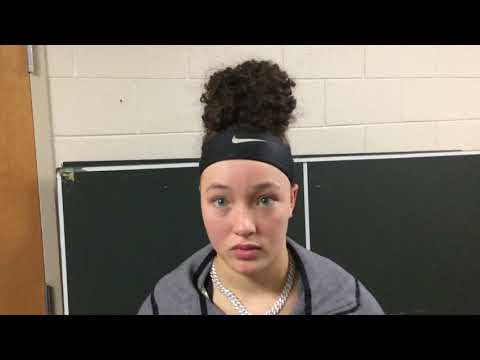 Offensive skill makes a big difference in the postseason, and most opponents of Science Hill find themselves at a deficit in that department.

The Lady Hilltoppers broke open a close game with a surge at the start of the fourth quarter, and worked their way to a 69-58 win over Cocke County in the Region 1-AAA basketball quarterfinals Friday night at The New Gym.

“She just puts us on her back sometimes,” said Whaley. “She’s going to show up and play every night, that’s for sure.”

“I’m really pleased with the way I played,” said Greenlee. “I knew if we lost we were done, and I really didn’t want that to happen. So I was out there playing for my team.”

Cocke County kept hanging around. The Lady Hilltoppers threatened to run away in the second quarter, jumping ahead 31-23 with a nice fast-paced flow.

Foul trouble began to hamper Science Hill, and Cocke County kept it close all the way to the end of the third quarter with Science Hill holding a 45-41 edge.

The Lady Hilltoppers opened the fourth quarter with 10 straight points and the Lady Red were unable to make a serious threat the rest of the way.

“They had a really good scheme,” said Whaley. “They run a lot of ball screens, which we don’t see a whole lot up here. We worked on it in practice, but we had a hard time defending it. We tried every defense, and we were finally able in the full-court man press to get the game where we wanted it to be.”

Cocke County (15-14) was led by Gracie Gregg, who had 16 points and three steals. Camryn Holcomb had 14 points while Sydney Clevenger added 11 points and four assists.