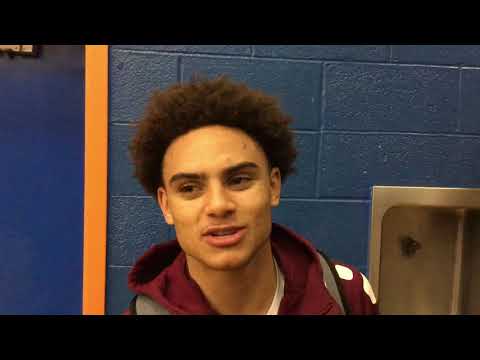 
League title belongs to 'Toppers after rout of Falcons

CHURCH HILL — Science Hill could have played with an NBA shot clock, and it probably wouldn’t have affected its point total.

Pace was the name of the game as the Hilltoppers lit it up for 76 points through three quarters before finishing with an 86-45 win over Volunteer on Tuesday night at the Falcons’ basketball gym.

“That’s an emphasis we’ve tried to look at as we’re going into the postseason,” said Science Hill head coach Ken Cutlip. “We think we need to make some adjustments. We’ve got to get the ball up and down the floor a little better. Tonight we focused on trying to be a little more aggressive in transition. We think that’s an area we can improve.”

The win wrapped up the outright Big Seven Conference title for the Hilltoppers as they finished with a league mark of 10-2. Science Hill improved to 27-3 overall.

Volunteer (7-21 overall) fell to 0-11 in league play with a game remaining Thursday against rival Cherokee.

Science Hill opened hot and never hit an extended cool period. The Hilltoppers led 25-9 at the end of the first quarter, and tacked on a 31-spot in a whirlwind second period for a 56-26 halftime advantage.

It was a game of pushing the ball down the floor, whether it was primary or secondary breaks.

Jordan McLoyd was at the head of the class on this night, finishing with 18 points while adding four assists and two steals.

“It was the last regular season game and we just wanted to come out and play unselfish, and that’s what happened,” said McLoyd. “If we play like that every game, we can be unstoppable. If we play unselfish every game, it’s going to be hard to contend with us.”

Leading the way for the Falcons was Dakota Hicks. He often found success at the end of Volunteer’s fast-break opportunities or when they beat Science Hill’s fullcourt press. Hicks finished with 15 points and added to his school record for charges taken in a season.