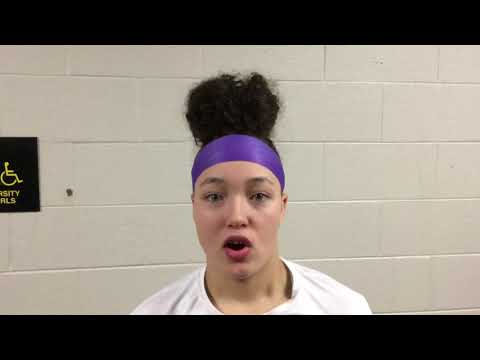 Science Hill locked the vault most of Friday night.

The Lady Hilltoppers held Daniel Boone to single digits in every quarter of a 46-19 decision in a Big Seven Conference girls basketball game at The New Gym.

“It was just outstanding by our kids,” said Science Hill head coach Scottie Whaley. “We went to a zone press a little bit more. And in the 2-2-1, I thought our kids did a great job out of it. We did a great job with rotations. Our kids really stayed attached.

“It was a great defensive performance. That’s about as good as we can play.”

Whether it was fullcourt or halfcourt, Science Hill applied defensive pressure that contested almost all of Boone’s passes in the first half. Science Hill surrendered a trey in the opening minute of the game, but only six points over the next 15 minutes.

“Things were working well because we were all working together,” said Science Hill guard Jeila Greenlee.

The defense continued in the second half as Boone was unable to string together any significant stretch of offensive momentum.

“I told our kids I thought they showed some toughness,” said Whaley. “We took control of the game early.”

For Greenlee it was a return to some of the offensive success she displayed earlier in the season.

“I just penetrated and passed, and it really opened up a lot of stuff for me,” said Greenlee. “I haven’t been playing well recently so I tried to come back stronger.”

Boone was led by Jaycie Jenkins, who totaled seven points. The Lady Trailblazers have managed double-digit scoring in only one of eight quarters against Science Hill this season.