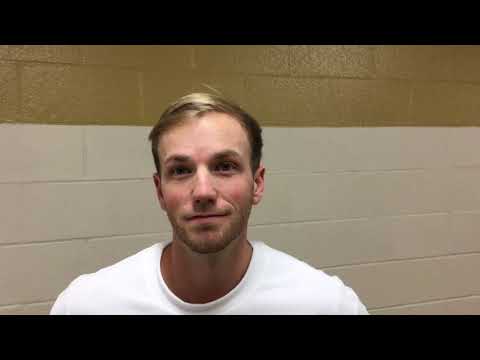 The Pioneers hit 11 shots from 3-point land and used the scoring boost in a 57-42 win over Cherokee on Tuesday night in a Big Seven Conference basketball game at Crocektt’s gym.

“We’ve been saying all along, in the end that’s what is going to make us good, we can shoot the basketball,” said Connell. “And all season we’ve not done it. We maybe hit three or four a game. We do it every day in practice, and we’ve been wondering why we are not making shots. And we keep saying one game we’re going to come out and hit shots. Tonight was very good for our guys to get a little confidence.”

Cherokee survived Crockett’s long-range attack deep into the game. Early in the fourth quarter, the Chiefs pulled within six points at 44-38 and appeared to be ready to make a move. But Crockett found a way to pull away.

“It kind of made me a little nervous,” said Connell. “But we kept doing what we’re supposed to do. We kept battling back and making shots. I thought our guys played hard. I’m proud of my guys.”

Mason Britton had a nice night on the glass, finishing with a team-high 10 rebounds. Dawson Wagner added seven points and four assists.

For Cherokee, Breiydon Gilliam was the point leader with 13. He had nine of those points after halftime, sparking the Chiefs’ comeback attempt. Carter Metz chipped in with 10 points.

LIVING ON A TREY

David Crockett found its range often from 3-point land in the first half, and the long shot accounted for nearly all of its first-half scoring. The Pioneers made eight treys while hitting only two shots from inside the arc. The other three points came from the charity stripe as Crockett took a 31-20 lead into the locker room.

Cherokee shared the wealth in a very consistent way in the first half. The Chiefs split 20 points with two players totaling four and four players scoring three.