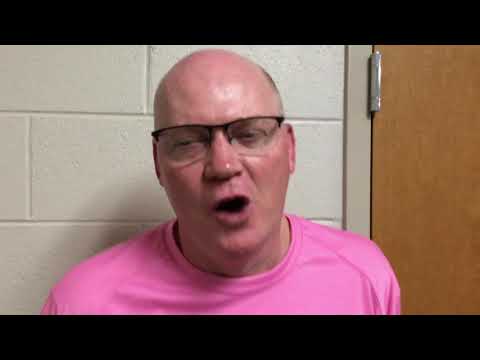 For the first 19 minutes of the game, Volunteer’s girls stood toe to toe with Science Hill.

Midway through the third quarter, Nae Marion’s post presence provided a separation point and the Lady Hilltoppers were able to push away for a 47-29 win Tuesday night in a Big Seven Conference basketball contest at The New Gym.

Remaining unbeaten in league play, the Hilltoppers (5-0, 12-6) set themselves up for Friday’s first-place showdown against rival Dobyns-Bennett.

“Our kids will be ready,” said Science Hill head coach Scottie Whaley. “We’re a little bit of a tired basketball team. But the rivalry will take care of that. We will play hard and D-B will play hard.”

It was a sluggish first half for the Lady Hilltoppers as evidence by their exit to the locker room with a 15-14 deficit.

“We stayed positive,” said Whaley. “Our kids were playing hard. We just didn’t make any shots. We held them to 15 points, which was great. We just didn’t get any shots to go down. We talked about getting the ball inside a little more in the second half, and kicking it to our shooters. Peja Shay made some huge shots for us.”

Shay hit a trio of treys for all nine of her points.

With Alasia Smith missing the game because of an injury, Marion’s offensive performance was needed. She scored 14 of her game-high 18 points in the second half.

“Nae kind of took over in the paint in the second half,” said Whaley. “I think it took us a half to kind of settle in without Alasia playing. I think that’s the first game she’s missed in her career here. I’m really proud of our kids with how we responded.”

Whaley said Smith will try to practice Thursday and should be cleared to play Friday.

Volunteer stayed in the hunt until the early stages of the fourth quarter. The Lady Falcons scored just six points in the third quarter, but trailed only 26-21.

“The game was very intense,” said Volunteer head coach Tyrone Smith. “We played very well in the first half, but the third quarter killed us. Scoring only 14 points in the second half against a team like Science Hill is not going to get the job done.

“But I love my girls and I love my team. We never quit and played to the end. We have a lot of basketball left and we will finish strong.”

Aliyah Crawley kept the Lady Falcons in the hunt, finishing with 14 points.