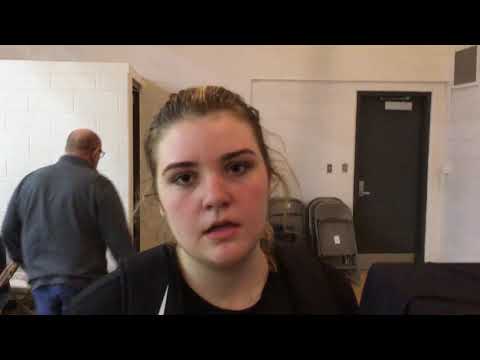 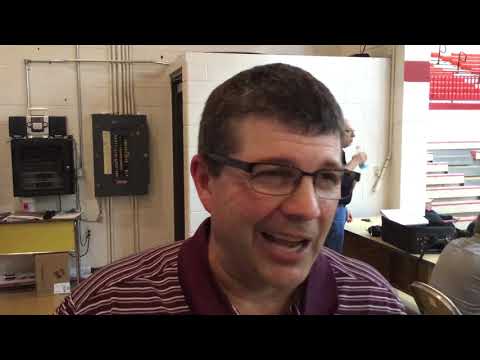 Points alone, Symantha Fugate was noticeable, but not necessarily a standout.

But the Science Hill senior certainly stood out in other categories.

Along with coming up with several big plays down the stretch, Fugate finished with 11 points, eight rebounds, six assists and four steals as the Lady Hilltoppers won the Region 1-AAA basketball championship with a 50-43 decision against Dobyns-Bennett at Snyder Gym on Wednesday night.

It was Science Hill’s first region title since 2013.

With the two biggest schools in the area renewing a long-standing rivalry with the region title on the line, it was a shockingly small crowd. Neither side of the bottom portion of the gym was even three-fourths full — with an almost completely empty upper section — and Science Hill’s student section consisted of less than 10 people.

Improving to 30-3, the Lady Hilltoppers earned a home sectional game Saturday night at 7 against Maryville, which fell to 30-3 with a last-second 53-50 loss to Oak Ridge in the Region 2-AAA title game.

“Our kids are growing up,” said Science Hill head coach Scottie Whaley. “They’re maturing right before our eyes. We’re humble and appreciative to be where we are and have the opportunity we have Saturday night.”

“I thought we did the things we needed to do,” said Lady Indians’ head coach Bill Francis. “We learned from the last game, we got the ball where it needed to be, we had the right looks, we made some outside shots, we handled their 1-3-1 with no problems, and they just made more plays than us.”

The region final was new territory for Fugate, but that didn’t stop her from showcasing her all-around game.

“It’s my senior year and this is the furtherest we’ve made it since I’ve been at Science Hill,” Fugate said. “I was just ready to play.”

“This has been a goal of hers since she has been at Science Hill, to get to the sectional,” said Whaley. “She made a lot of great plays tonight. She’s a stat filler. She has done a great job for us.”

Trailing at the half, Fugate said she and her teammates were not happy.

“We were upset because we’ve never played that bad,” she said. “We were playing slow. We all decided we had to run them because we’re the more athletic team. We knew if we ran them, they would get tired easily and they did. And we shared the ball really really good.”

Trailing by five at the break, Science Hill quickly caught the Indians with an 8-2 run. Things stayed tight until Alasia Smith’s fourth-quarter bucket made it 43-38. Science Hill pushed it to seven points before D-B closed to within four at 45-41. But that was as close as D-B was able to get.

For Dobyns-Bennett, it was a nice night for Ta-Tionna White as she finished with 11 points and eight rebounds.

Courtney Whitson, with Middle Tennessee State University head coach Rick Insell watching in the stands after flying over from Murfreesboro, didn’t have one of her better games. She finished with 11 points, seven rebounds and two assists. Francis said he didn’t think Insell’s presence bothered Whitson.

“It never has before,” said Francis. “She has played with people watching her all year. But Science Hill keyed on her. She made some good plays. She rebounded well. And she played good defense on Alasia in the first half before getting in foul trouble.”

The Indians knocked down enough perimeter shots to stay ahead of the Lady Hilltoppers. Jaden Potts, Elle Francis and Megan Ayers each collected a triple, and D-B carried a 28-23 edge into the locker room.

Another key factor was White, who had eight points and five rebounds before the break.