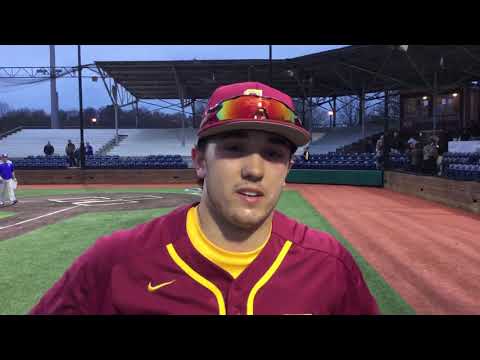 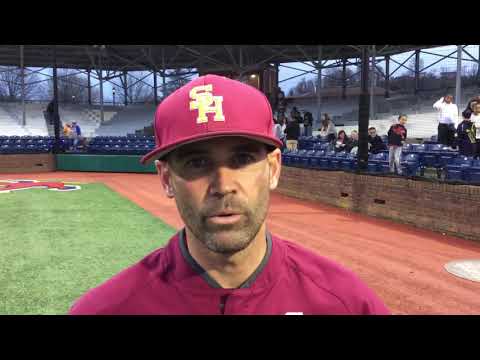 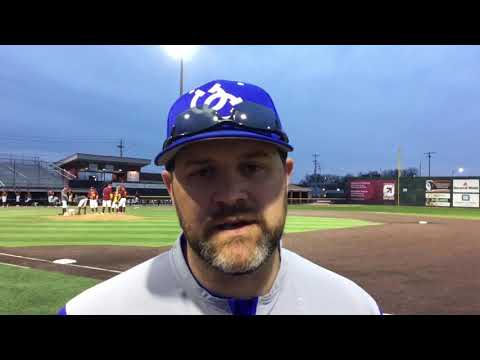 Five-plus strong innings on the mound from Dustin Eatmon combined with three doubles and three RBIs from catcher Matthew Levi helped the Hilltoppers to a 6-1 win in the Tribe Classic baseball tournament at TVA Credit Union Ballpark.

The Hilltoppers (9-5) advanced to Friday’s quarterfinals, and will take on Knox Catholic at 5 p.m.

Among the late games, Greeneville pounded Lyon County, 11-0. The Greene Devils will play Dobyns-Bennett at 5 p.m. on Friday.

East plays Crockett at 5 p.m. in a game moved to Daniel Boone’s field while Tennessee High meets UH at Thomas.

Eatmon, a sophomore, allowed just five hits and one run in 5 1/3 innings of work. He walked two and struck out three.

“That was his first real start,” said Hilltoppers’ head coach Ryan Edwards. “We had him on a pitch count against Morristown West. He caught the flu right before the season and was out for like 10 days, so we’re working him back slowly. I was proud of him. He really threw the ball well today. If he trusts his stuff, he will have a lot of success.”

Science Hill banged out 13 hits with Levi leading the way. He finished 3 for 4.

“I was just looking for pitches to drive, and I ended up finding those pitches each at-bat,” said Levi.

Jackson Hill got the Hilltoppers started with an RBI single that plated Levi, who doubled in the bottom of the first inning.

Brett Strother tied the game with a ripped line-drive single to left field that plated Keaton Casey in the top of the third inning.

Casey finished with two hits for the Blue Devils, who fell to 5-8 on the season.

“I think we did just about everything we could do,” said Unicoi head coach Chad Gillis. “I think we could have gotten more runs across. We did have opportunities. But we didn’t make errors defensively, and (Kaleb) Metcalf kept us in the game on the mound.

D-B had its hands full against a solid Knoxville team, but the Indians came through when it counted.

Jackson McDavid lifted a sacrifice fly to left field in the bottom of the seventh inning to give the Indians the walk-off win at J. Fred Johnson Stadium.

Jaden Alderson led off the inning with a walk, and Jake Timbes bunted him to second base. After Brogan Beckner was intentionally walked, Derek Thurston singled to load the bases for McDavid.

“They brought five infielders in, and I was just trying to put it in the outfield and have Jaden tag up,” said McDavid. “When I saw the first pitch, it looked pretty good but I smacked it foul. I saw the other one was a little elevated so I took it.”

“I thought our approaches at the plate were really good,” Wagner said. “We hit a lot of balls opposite field, and Jackson did what you’re supposed to do and hit something out of the infield to score the winning run."

The Indians took the initial lead on Noah Hale’s second-inning RBI double. Thurston’s RBI single broke a 1-1 tie in the fifth. Thurston finished with a 4-for-4 night at the plate.

Sebastian Fugate worked five innings on the mound for the Tribe, allowing four hits and no earned runs. He walked six and struck out four.

Noah Hale pitched the final two innings and got the win.

The Buccaneers struck for nine runs in the third inning and rolled to the surprisingly easy win at ETSU’s Thomas Stadium.

Kaleb Meredith broke the 1-1 tie with a triple to get the big inning started.

Michael Dengennaro went the distance on the mound, allowing three hits and one run with two strikeouts. The Bucs improved to 10-4 on the season.

Led by a complete-game pitching performance from Sean Hayes, the Pioneers rolled to the victory.

“It was a pretty good overall effort,” said Pioneers’ head coach Spencer Street. “We had some timely hitting. Sean Hayes thew very good and got a lot of early contact. That allowed his defense to play behind him and have a lot of success.”

Nolan Miller added two hits for Crockett, who improved to 4-8.