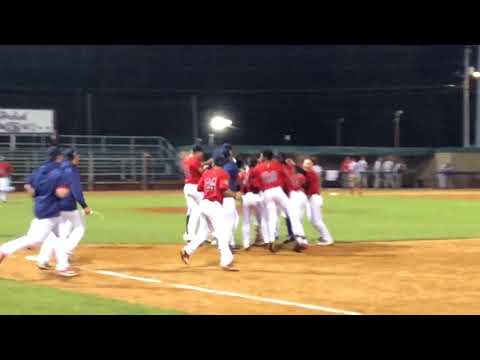 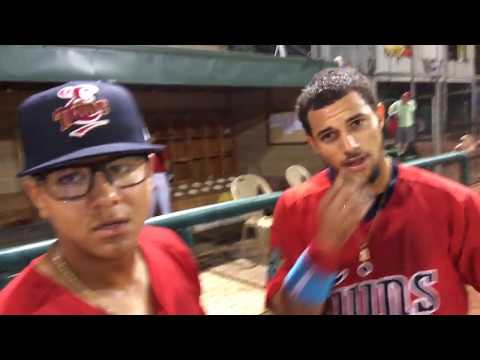 
Twins hold off Reds in 11 innings

ELIZABETHTON — It was a chance for Elizabethton to take a giant leap toward the West Division title.

But the Twins had to settle for a baby step.

Elizabethton’s 2-1 win over Greeneville in 11 innings at Joe O’Brien Field on Wednesday night, combined with Kingsport’s doubleheader sweep of Bristol, cost the Twins a half game in the Appalachian League baseball standings.

The Twins remained four games ahead of the Mets.

Despite the difference in games played to this point, the Twins (34-25) and Mets (31-30) each have seven contests remaining in the regular season.

With a runner placed at second base to start the 11th inning, the Twins executed to perfection. Lean Marrero put down a sweet sacrifice bunt to move Trevor Casanova to third base.

That brought Jean Carlos Arias to the plate, and he battled through a couple of tough breaking balls before delivering a sharp single to center field for the walk-off piece.

“It was a breaking ball,” said Arias through a teammate interpreter. “I just focused on hitting it up the middle, and making contact. I just focused on putting the ball in play, and thanks to God, I got the W for the team. I am happy because I just tried and did my best.”

Arias finished with three hits in the game.

Elizabethton’s Tyler Palm locked it up in pitchers’ duel with the Reds’ Miguel Medrano. Through five innings, they combined to allow just four hits and no runs.

Medrano exited, but Palm continued into the top of the seventh. Claudio Finol hit a bloop double and wound up at third base after a throwing error. Finol scored on a sacrifice fly off the bat of Reniel Ozuna for the game’s first run.

Palm had arguably his best outing of the season. He worked 6 1/3 innings, surrendering four hits and one walk with four strikeouts.

Jacob Blank (1-0) pitched 4 2/3 brilliant innings of relief, allowing one hit and one walk with five strikeouts. He did not allow a run despite twice being saddled with a runner on second before the inning started.

Elizabethton stayed alive with a ninth-inning rally. Colton Burns led off with a booming double off the middle of the center field fence. He scored on Arias’ 9-iron from the bunker. The perfectly placed bleeder landed in short left field for an RBI single, but the Twins couldn’t get another run across.

Both teams failed to move the designated runner to third base with their leadoff hitters in the 10th inning, and eventually came up dry.

Leadoff hitter Mike Siani paced the Reds with a pair of hits.